Today we set out to replace a metal gate with a wooden gate on some farmland which a right of way crosses. As the ground was wet and access was tricky, we decided to take the Mule out with all the tools we needed.

We loaded all the tools and the gate onto the Mule and strapped the gate down so it would not move in transit. 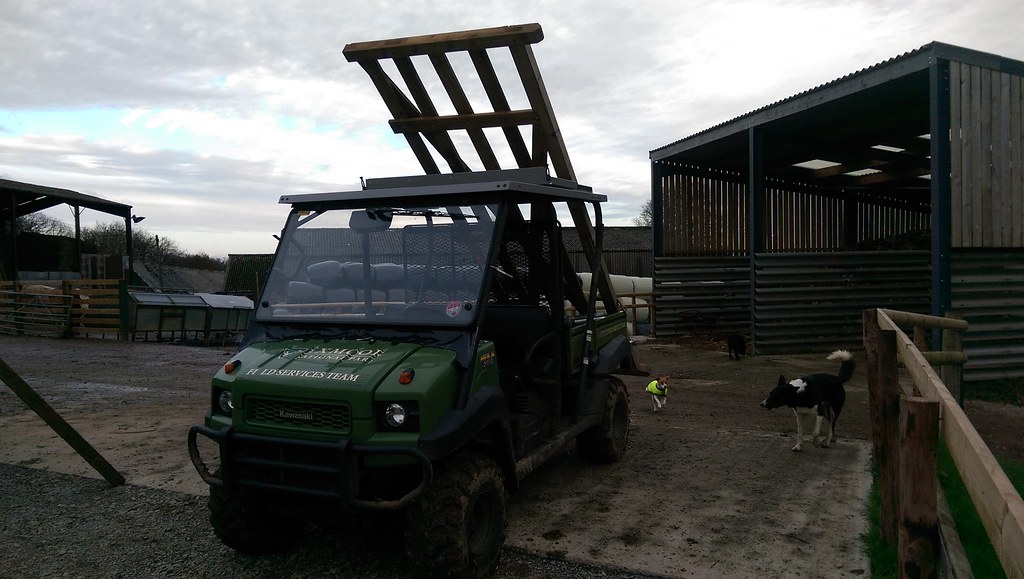 We removed the old metal gate and set about putting the furniture on the new gate, the bottom fixing would be adjustable as the gate would need to close by itself as livestock may be kept in the field and having a gate that automatically closed would prevent them escaping if walkers left the gate open. 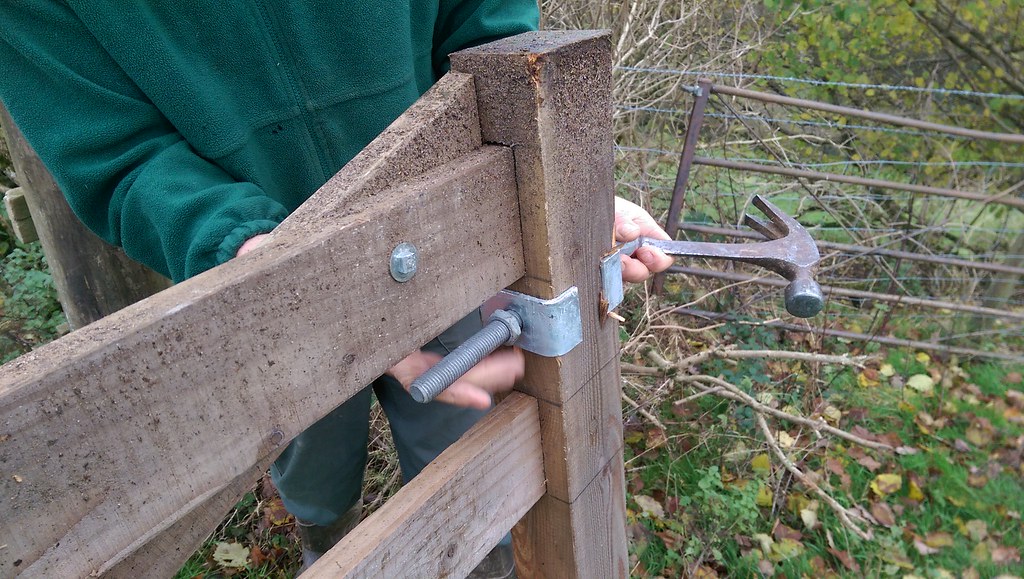 The top strap was then fitted in the usual way, but slightly lower than normal to assist in the auto-close.

The top strap is hammered on 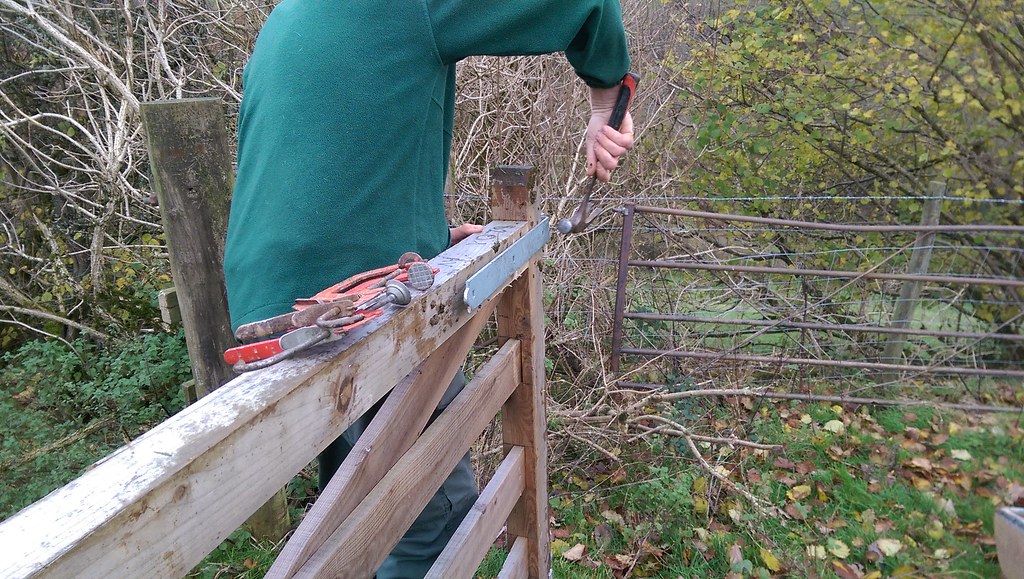 Then friction clamps are used to hold it in place while the holes are drilled for the bolts. 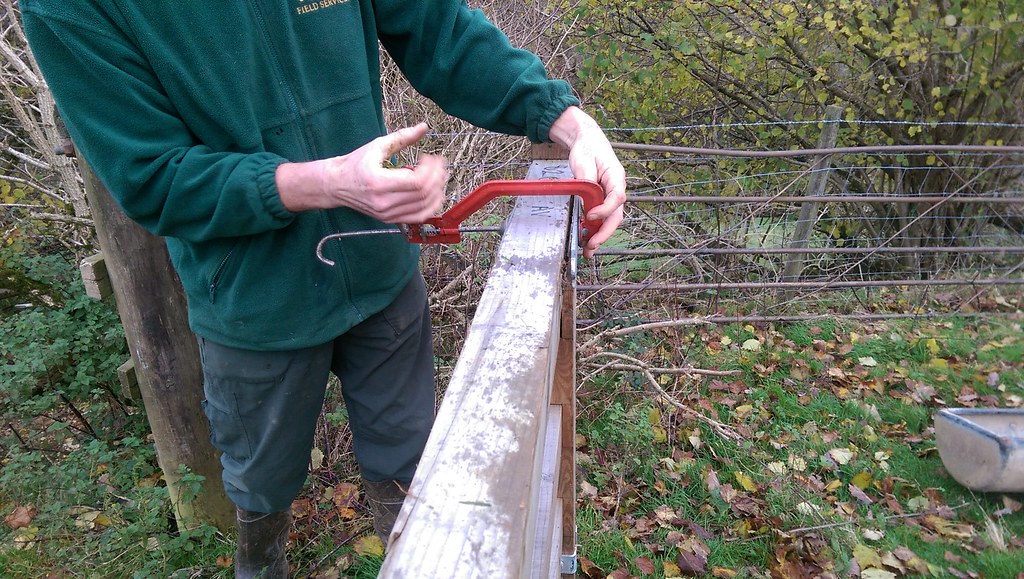 We had to fit a new bottom hanger as the old one was missing, we soon realised that this was due to the post being weak near the base, we hung the gate on the new hangers 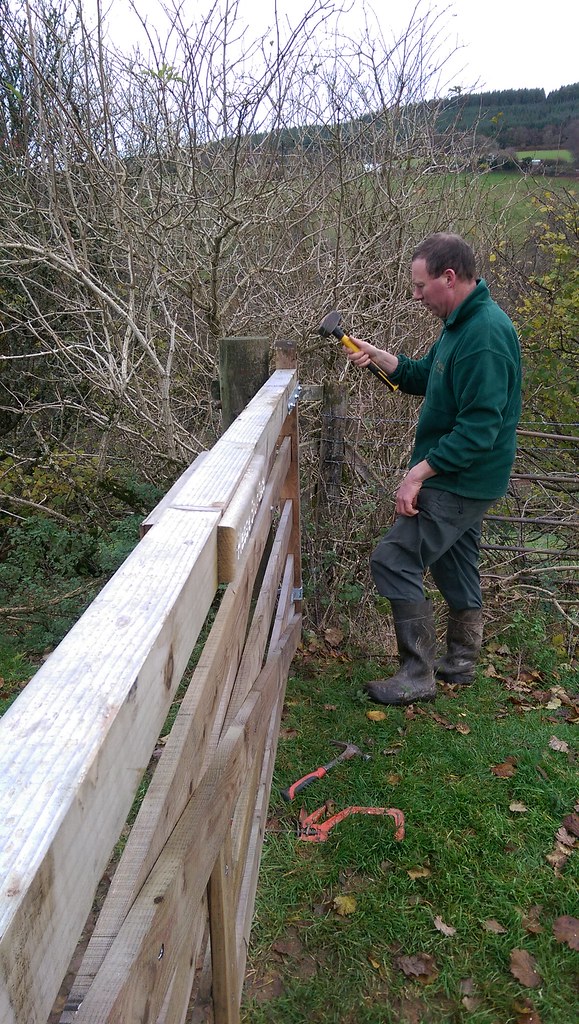 We soon realised that the post was no good and would need replacing, so we set off back to the yard to get a new post 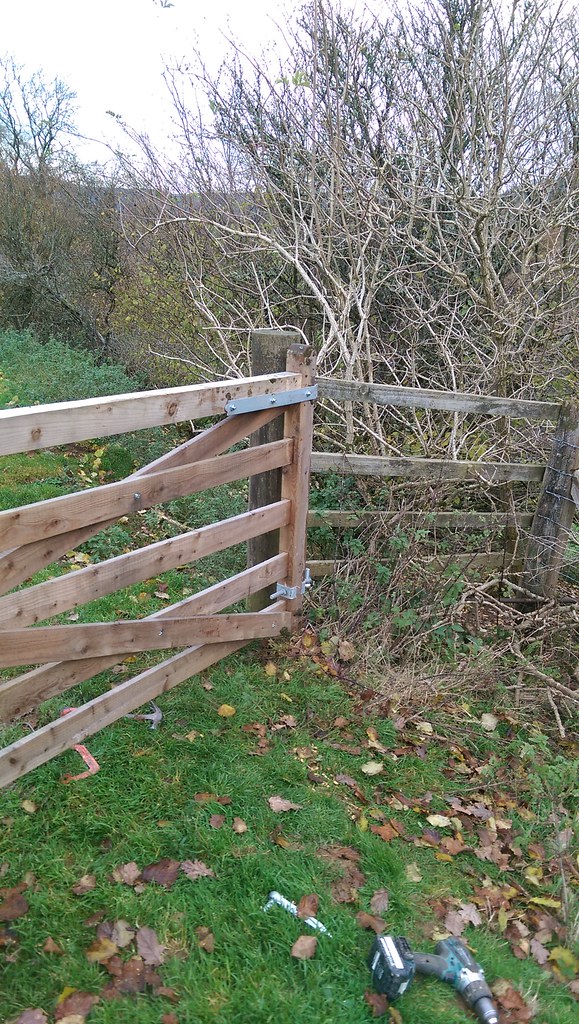 We also gathered some more tools and set off back to site. We used a Hi-Lift Jack to get the old post out, the jack is positioned under the bottom hanger on the post and then cranked until the post lifts out. 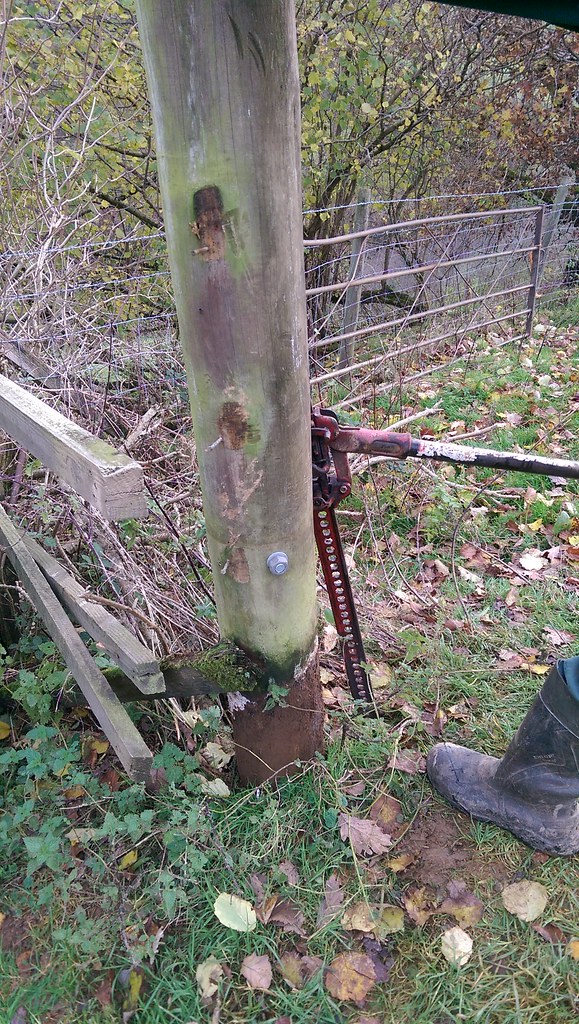 The new post was bigger in diameter so we had to enlarge the hole using the rabbiting spade and then position the new post to make sure it lined up with the existing falling post. Then we packed earth and stones around the base of the new post to ensure it would not move too much once the 12′ gate was hung. 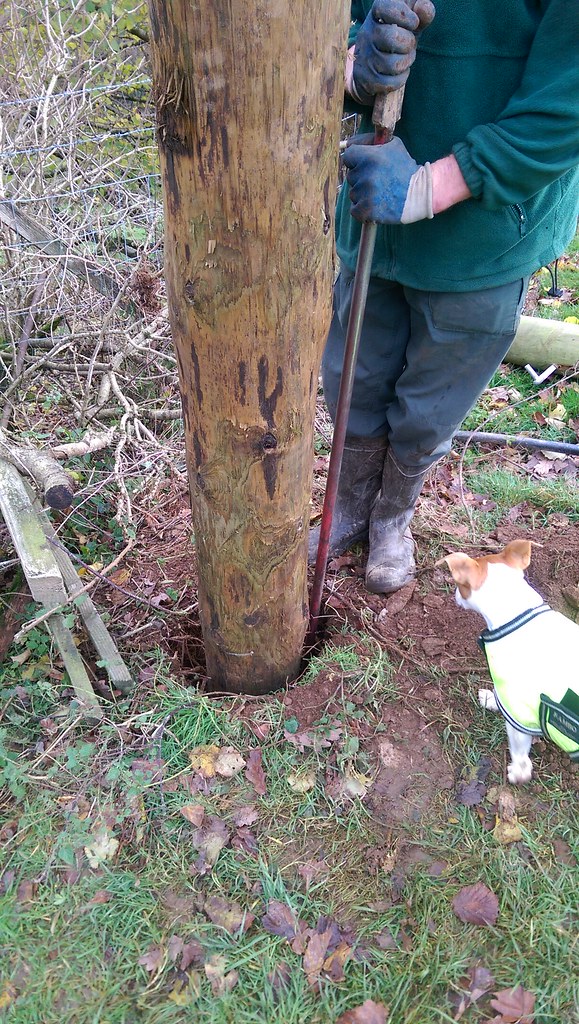 Large stones were packed in around the top of the post, and then some earth to finish it off. 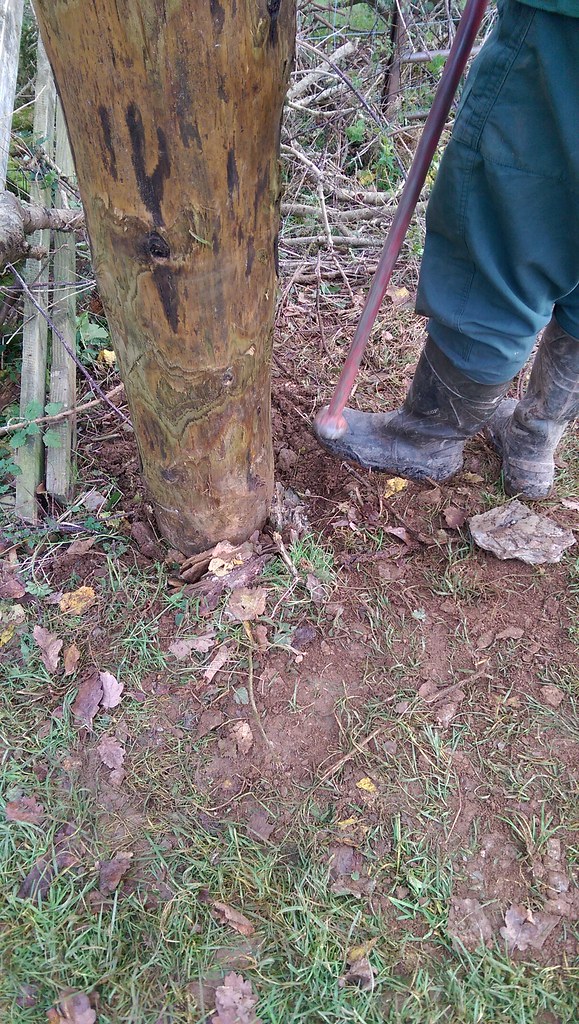 With the gate in position, holes were drilled in the new post to take the gate hangers, this is a threaded hanger to allow for adjustment later. 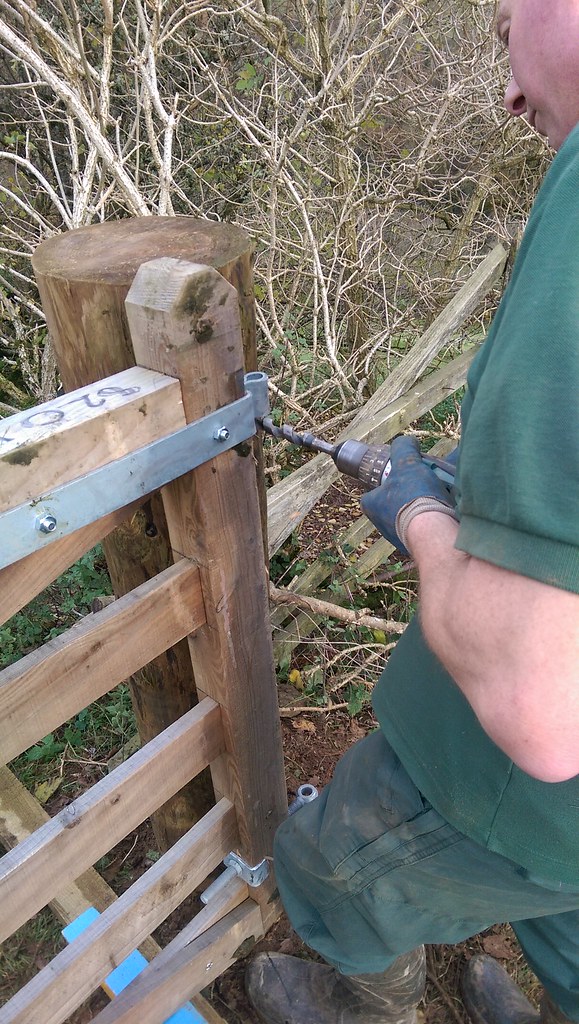 The hanger is driven through with a hammer and the gate put on to check alignment before the nut is added to the back of the hanger with a washer to give good purchase against the wood. 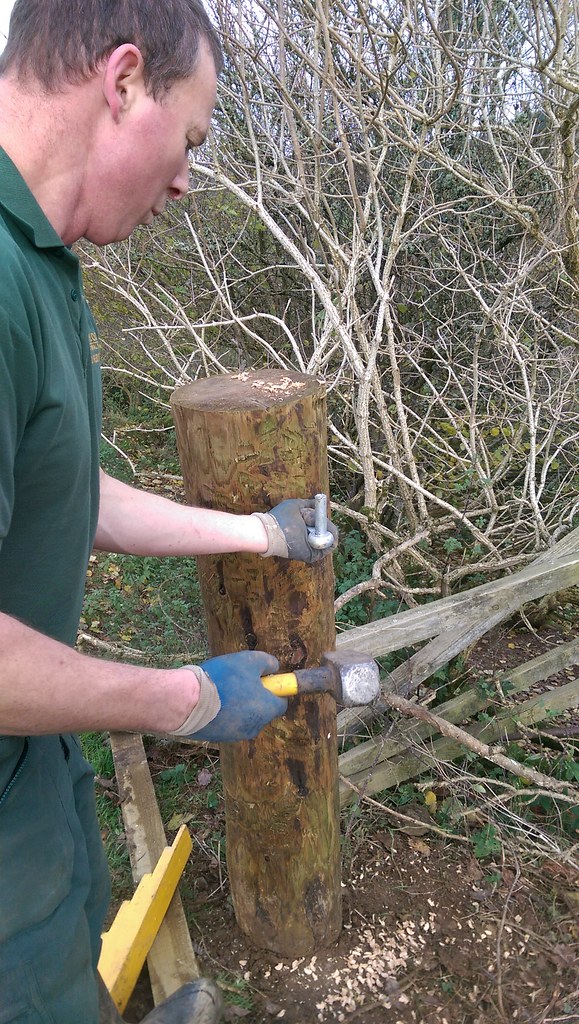 With the gate in place and supported at the correct height, the bottom hole is drilled for the drive-in hanger. 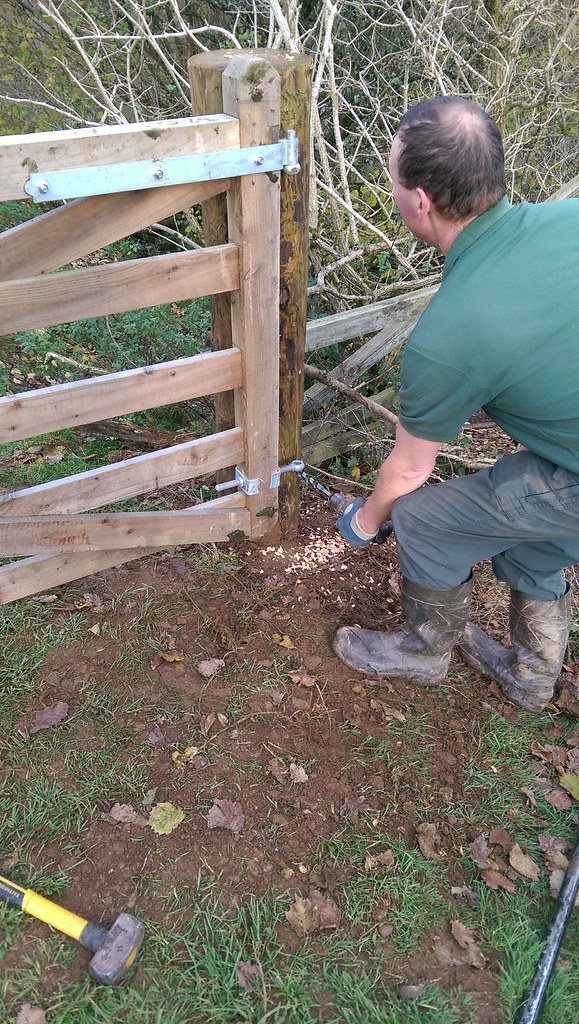 The gate is then levelled and the furniture adjusted to get the correct fall on the gate, one issue here was the raised area of earth the gate had to lift to clear as it was opened. 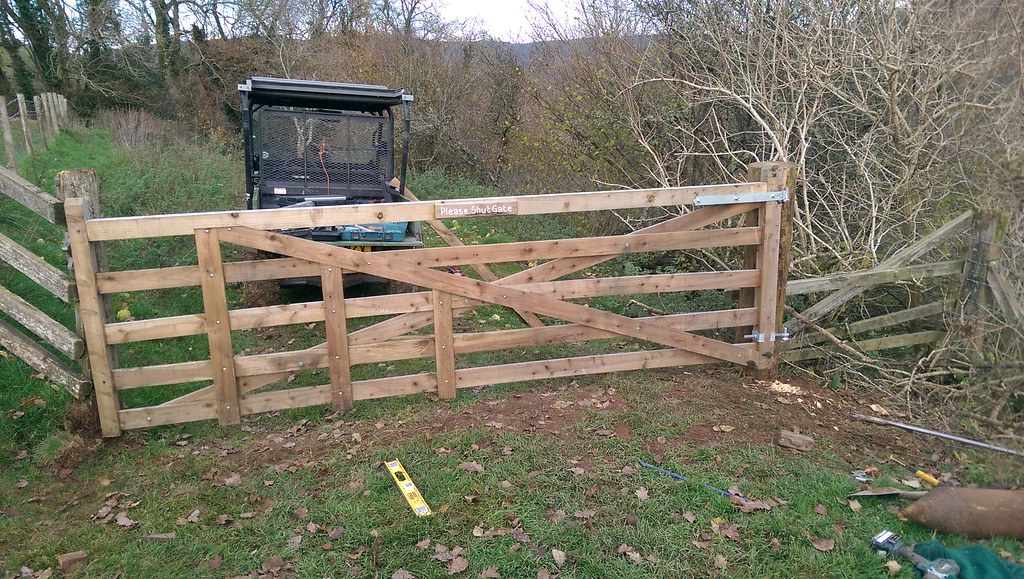 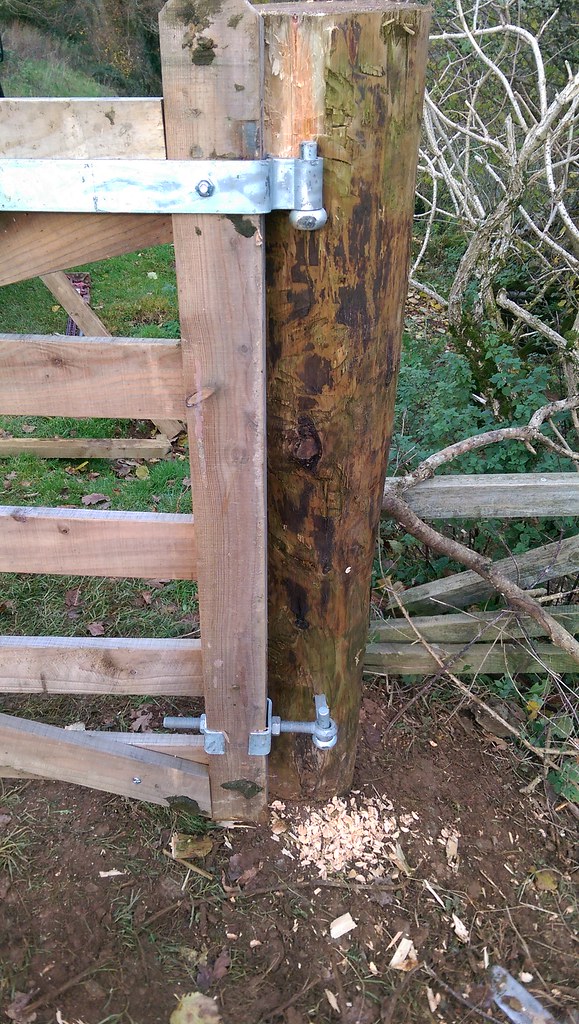 This picture shows how high the gate had to rise in order to clear the ground at the 45 degree point, this is with the gate fully open, demonstrating the need for the adjustment 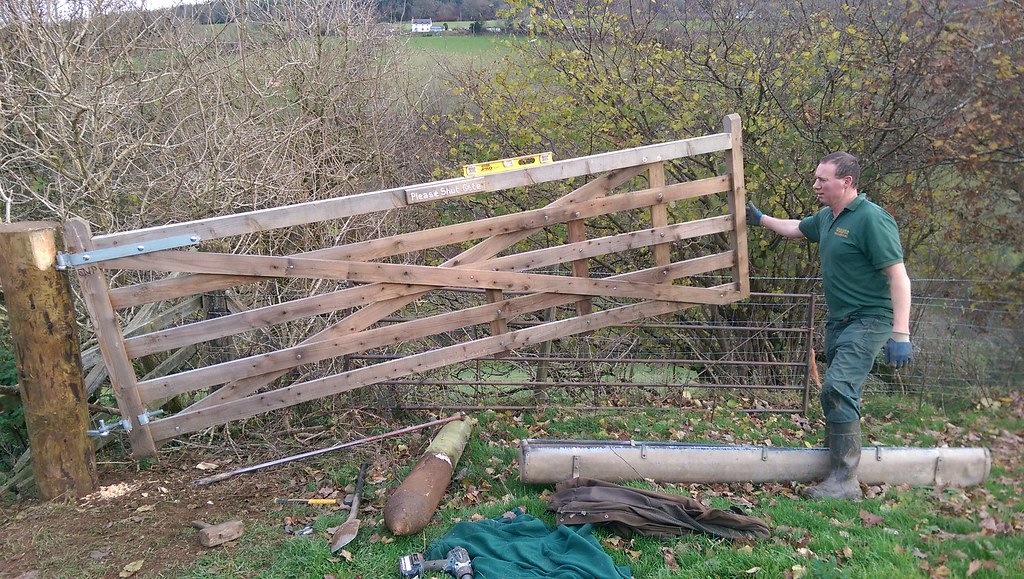 The rails were then re-attached with new nails to the new post. 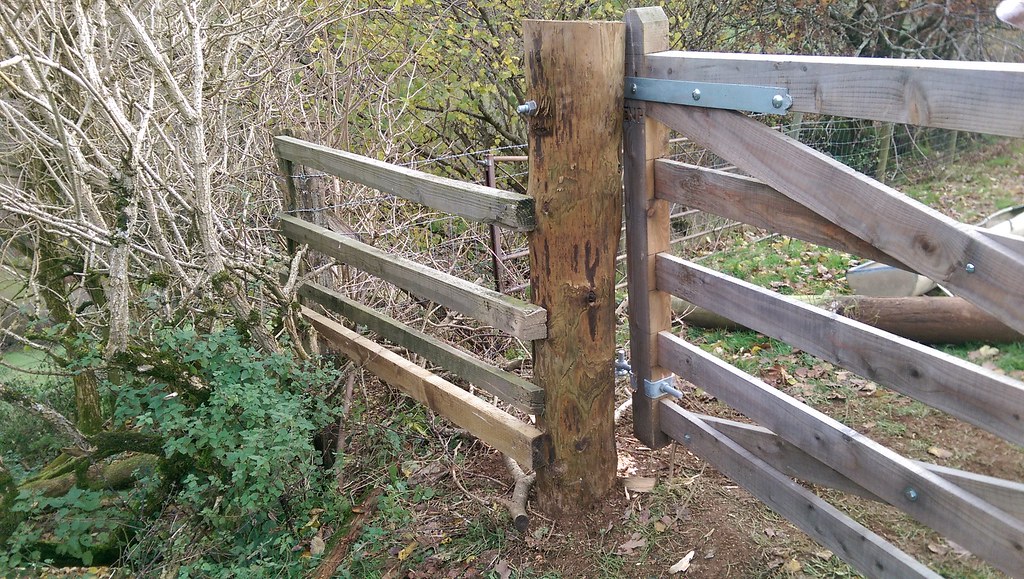 Finally a latch was added to the gate to meet the existing auto-latch mechanism on the falling post, it is very important to ensure the wood of the gate hits the post before the metal of the catch for the auto-latch, otherwise the catch will be torn out of the gate by the impact. 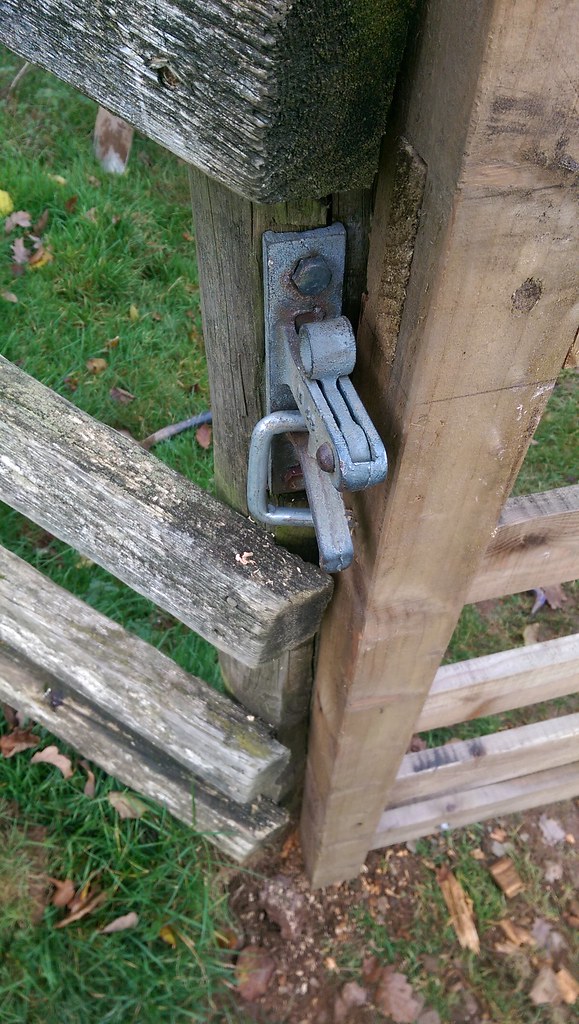