This week we set out to repair two gates and fit a signpost. The two jobs were on either side of the moor, so travel time would take up most of the day.

We loaded all the tools we would need into the new Isuzu D-Max truck and set off for the first location. 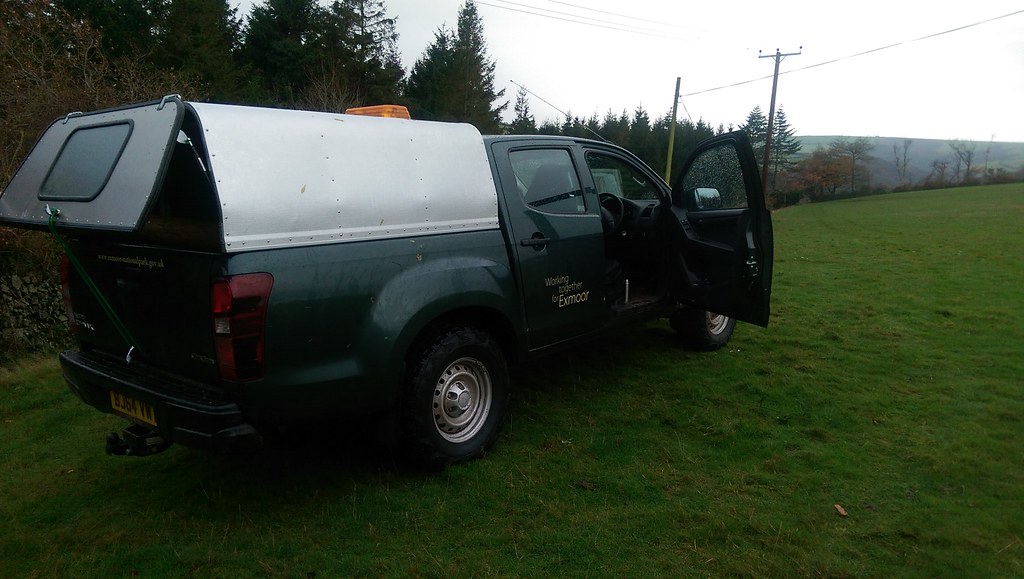 The first job was to attach a spring to a farm gate which kept being left open by walkers, this caused a problem for the shepherd with his flock moving into the adjoining field through the gate.

The spring was attached to the gate first with two fencing staples, then a nail was partly driven into the location it would be attached to on the gate post and the spring hooked over. Once this was in place it was possible to test the gate to make sure the spring would work as expected. Once this was confirmed, fencing staples were hammered into the post to secure the spring and the nail was removed. Finally the gate was checked to make sure it would close by itself, which it did. 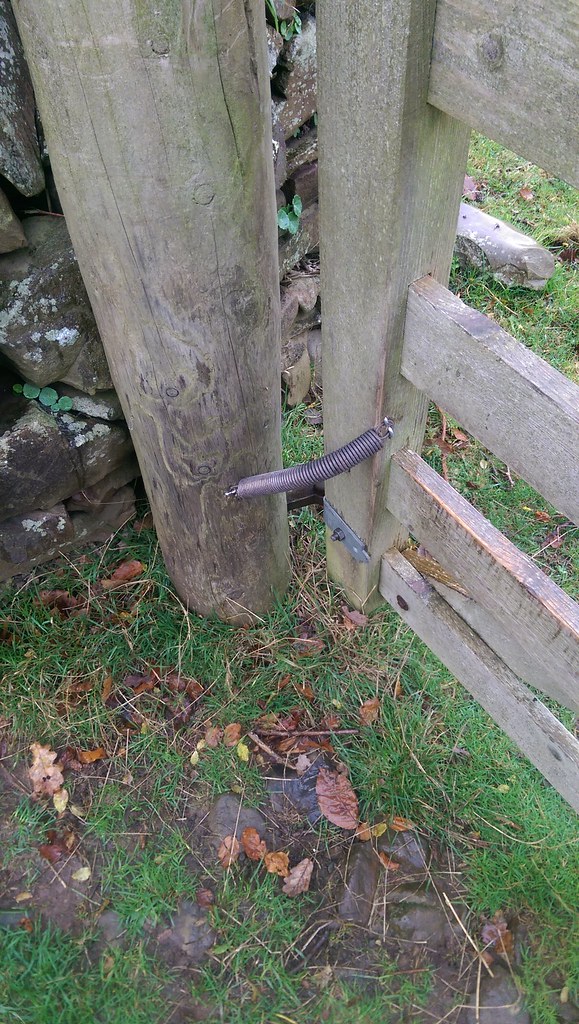 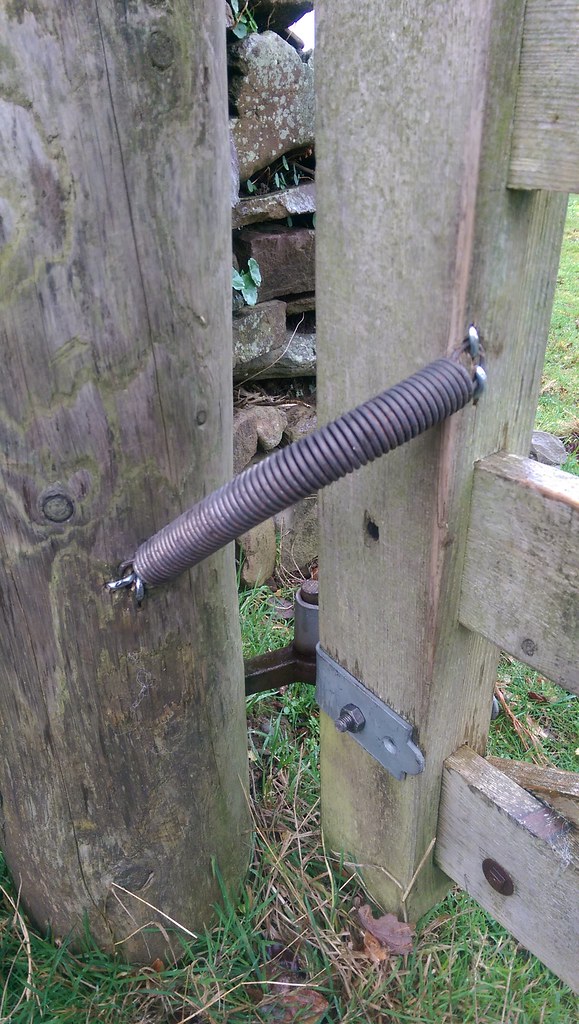 The next job was to replace a falling post which had rotted through. (A falling post is the post a gate closes against which usually has furniture on it to secure the gate shut). This involved removing the wire fencing the was attached to the old post.

The staples were removed using fencing pliers and a hammer. 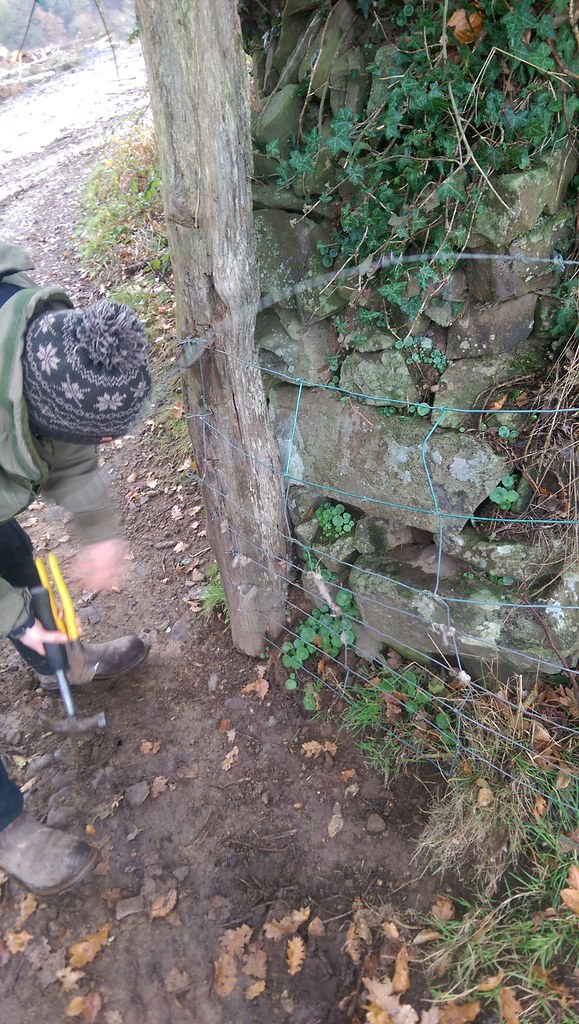 The post was so badly rotten that it fell over once the wire fencing was removed, we then had to dig out what remained of the post in the ground and dig a hole down to fit the replacement post. 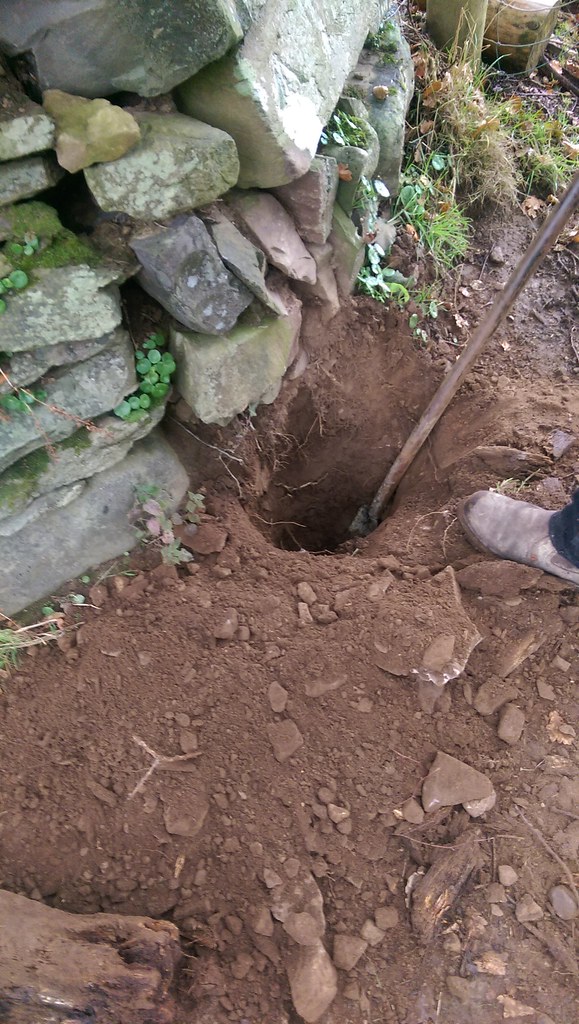 The replacement post was then fitted, checking carefully that the gate would close against it, then soil and stones were packed around the base using the iron bar to ensure the post was stable. 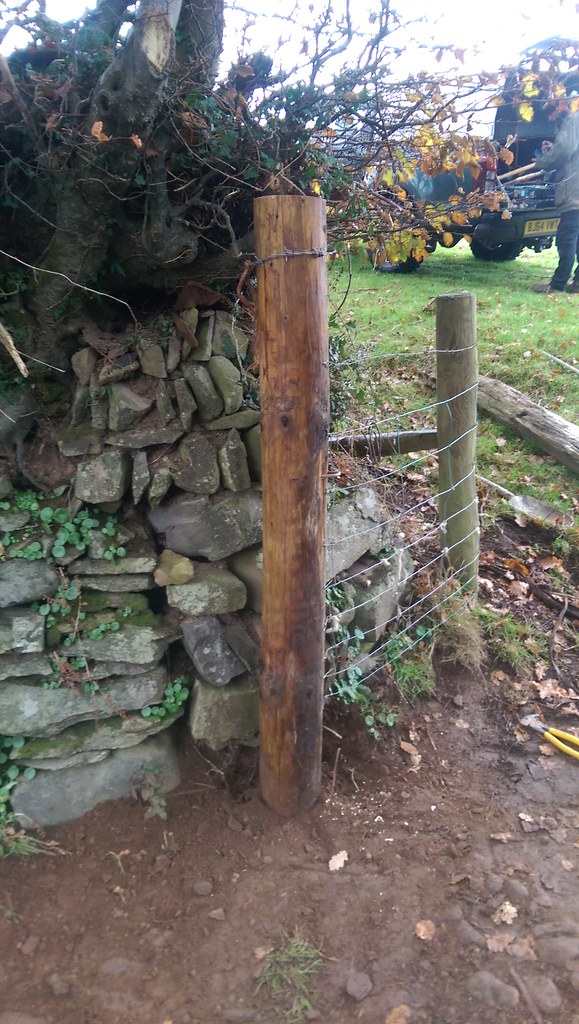 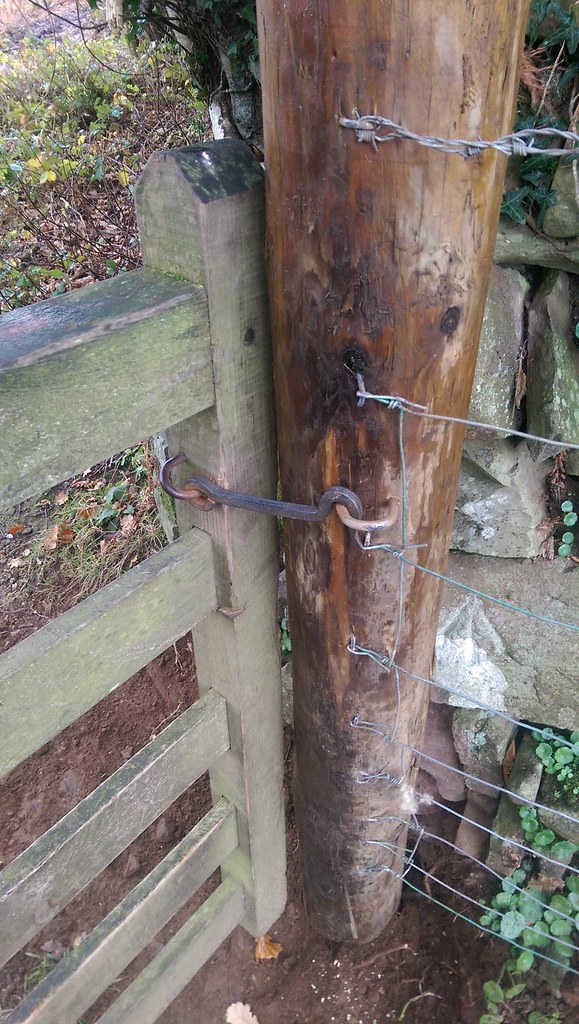 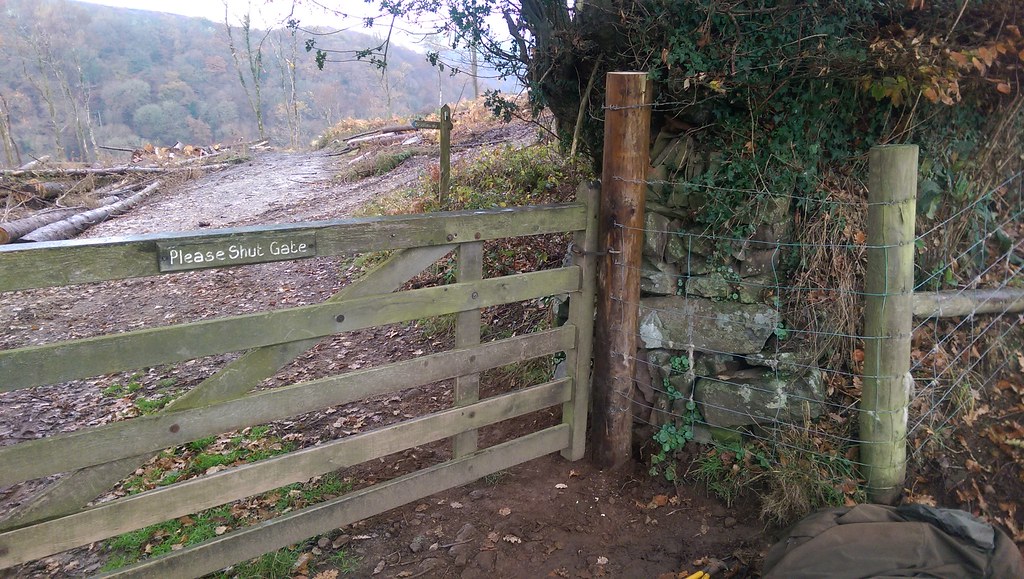 Then we set off across the moor to complete the other job, fitting a signpost.

The signpost was already on-site and we just had to dig a hole in the location shown on the ticket. The tickets have digital photographs which are adjusted using image editing software to indicate the location required. 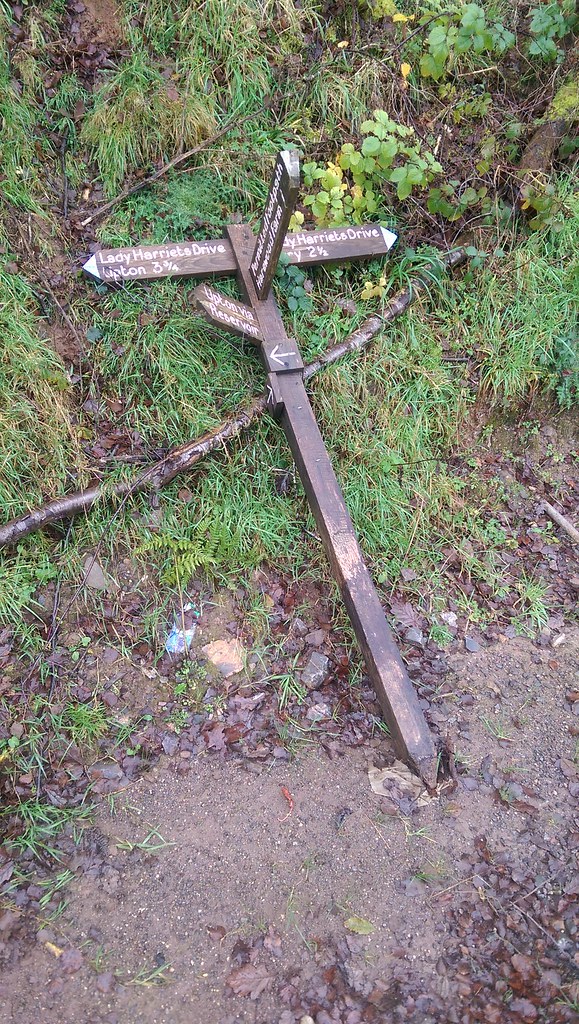 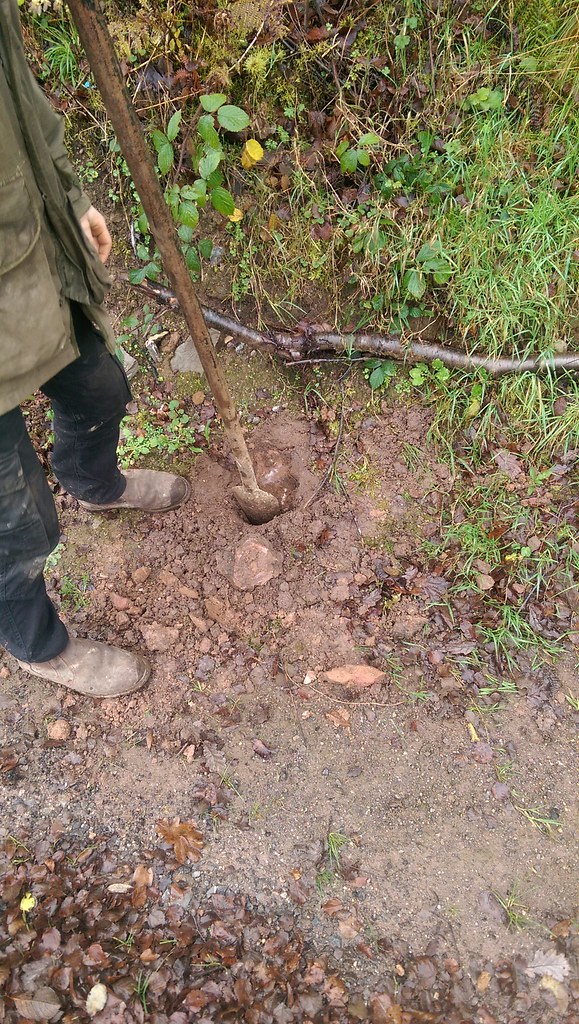 We dug the hole to the required depth and then fitted the post, packing stones and earth around the base to ensure it was secure. 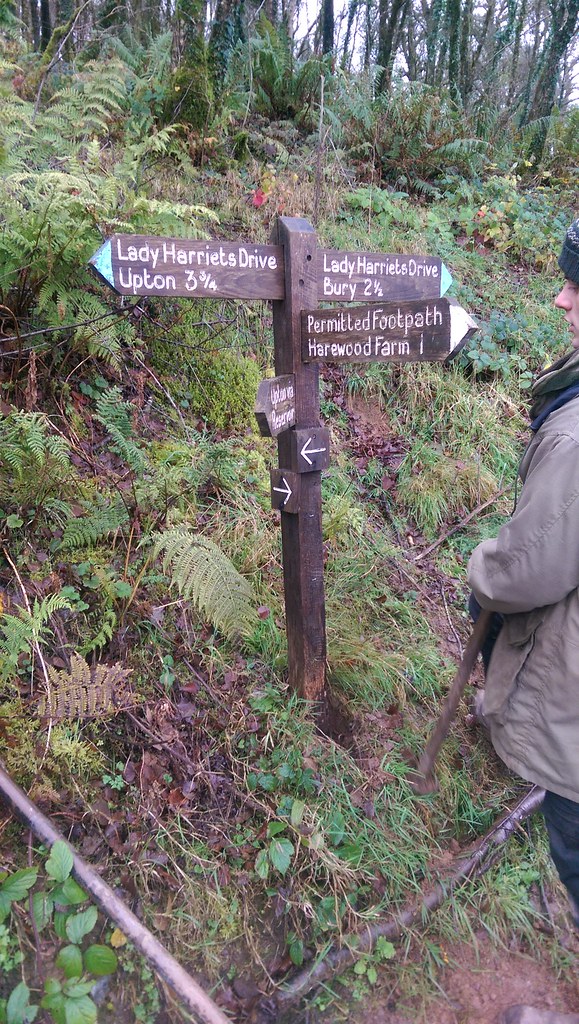