Today we set out to repair and fit a number of gates.

We gathered the tools and put them in the mule as access to the gates was down bridleways which were too small for a land rover. The mule also has the benefit of lower soil impaction and leaves less obvious imprints on the ground due to low tyre pressures and being much lighter than a Land Rover.

The first gate required a new gate post and had a two way hinge at the bottom which causes it to fall shut no matter which way it is pushed. 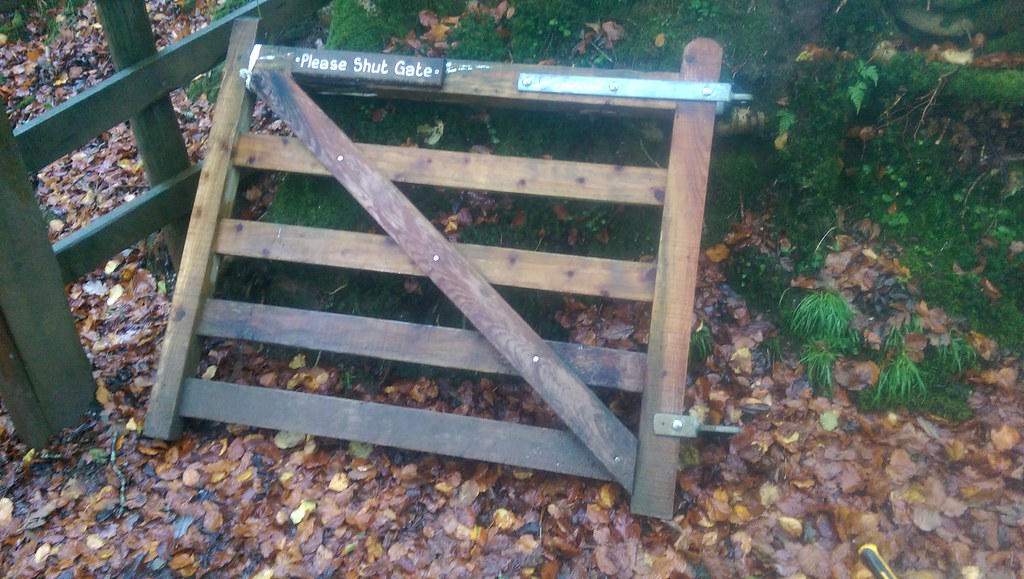 We had to remove the furniture from the old gate post (which had completely rotted through at the bottom) to fit to the new gate post. 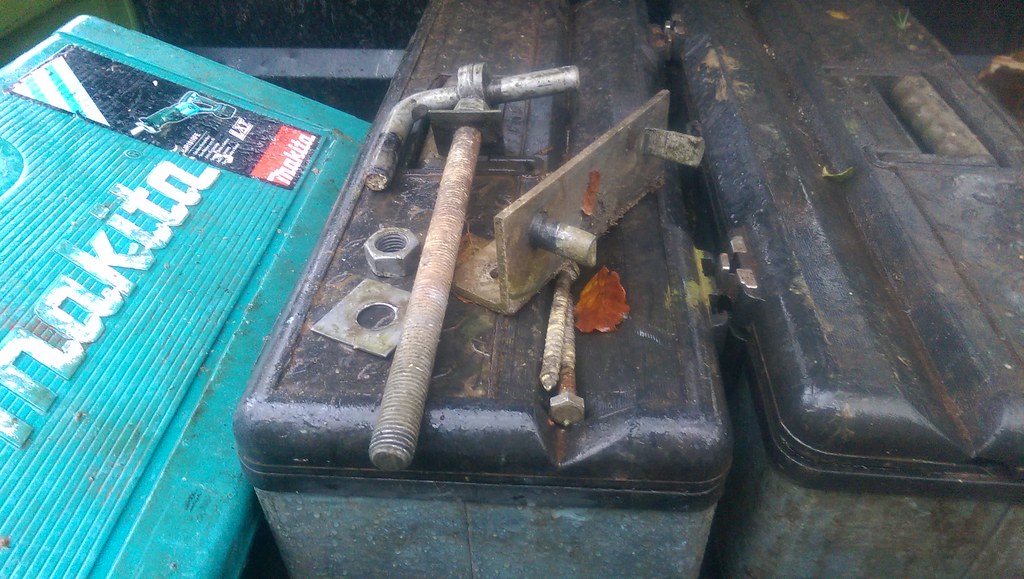 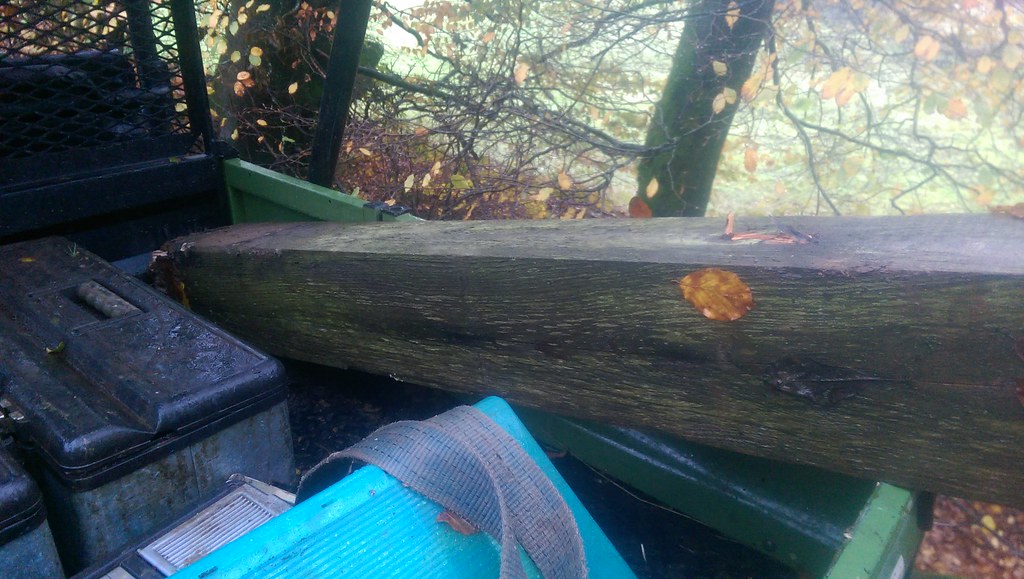 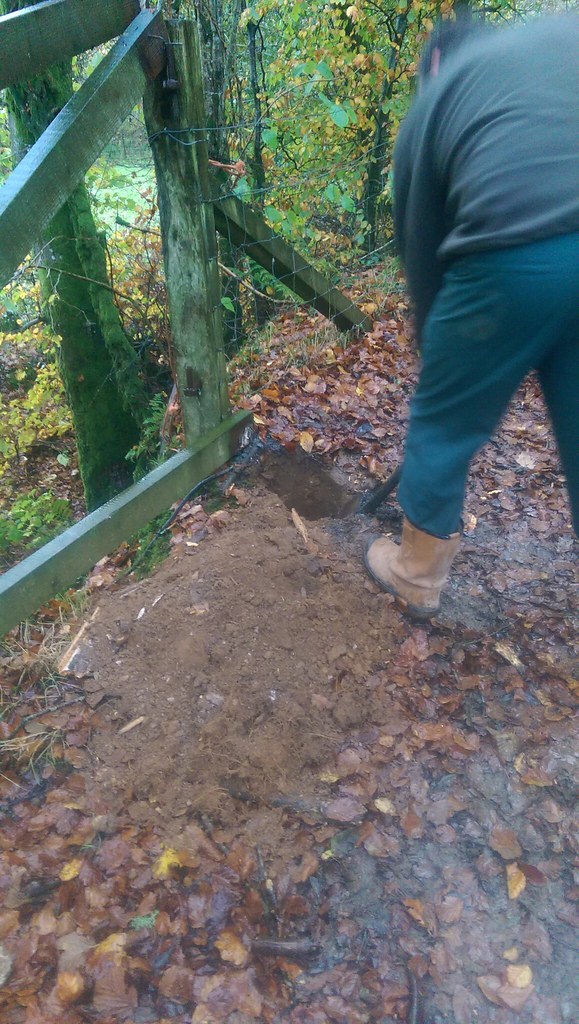 The new post was put in position and stones put into the hole to ensure it stays firmly rooted in place. 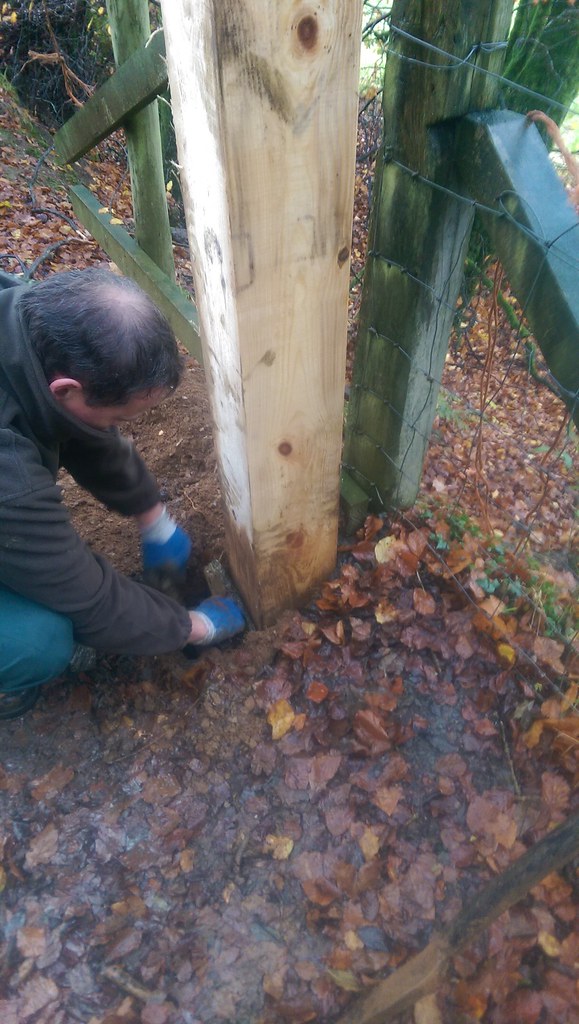 The stones were then tamped in using the iron bar. 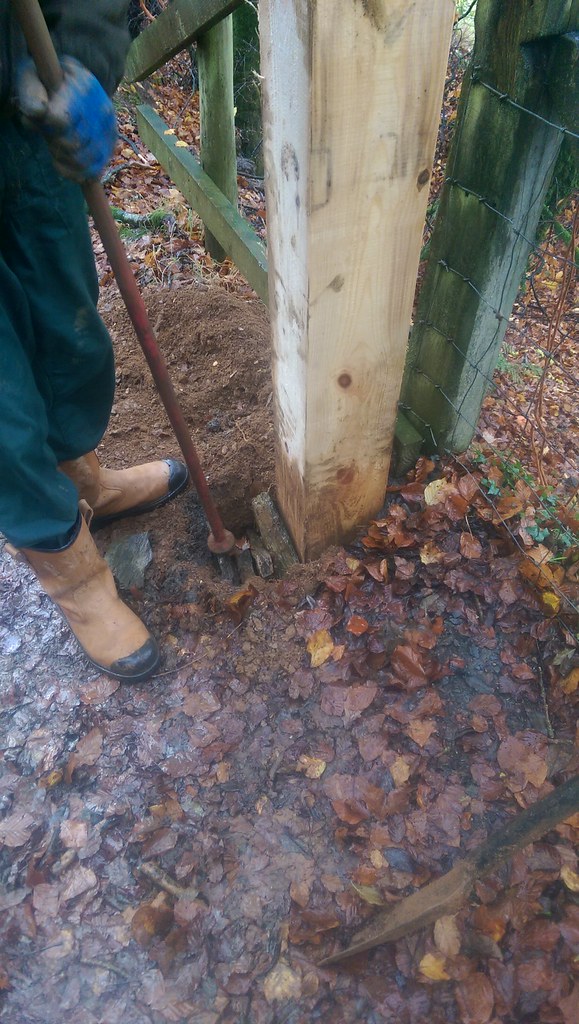 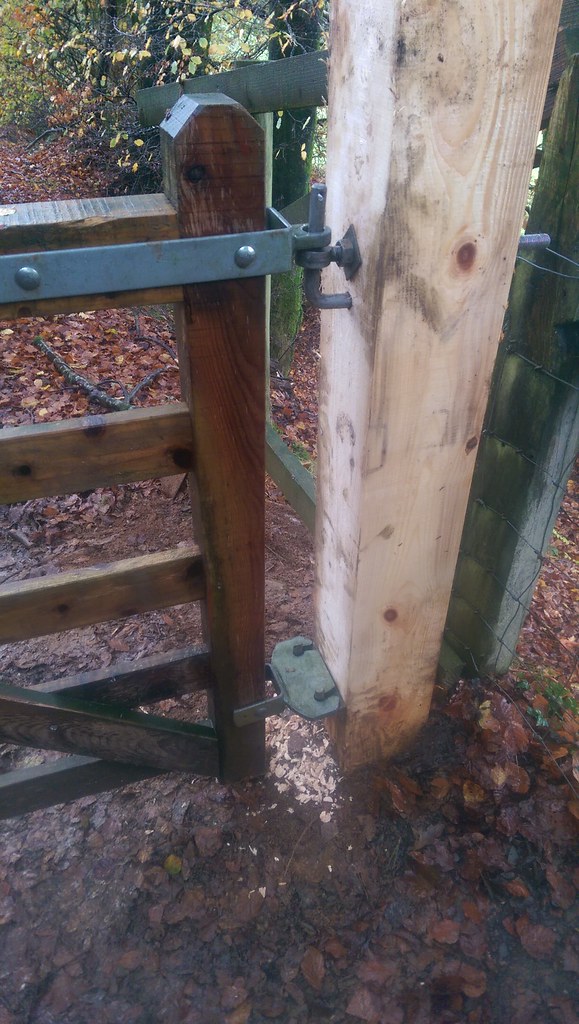 Sovereign was applied to the post to prevent it rotting. 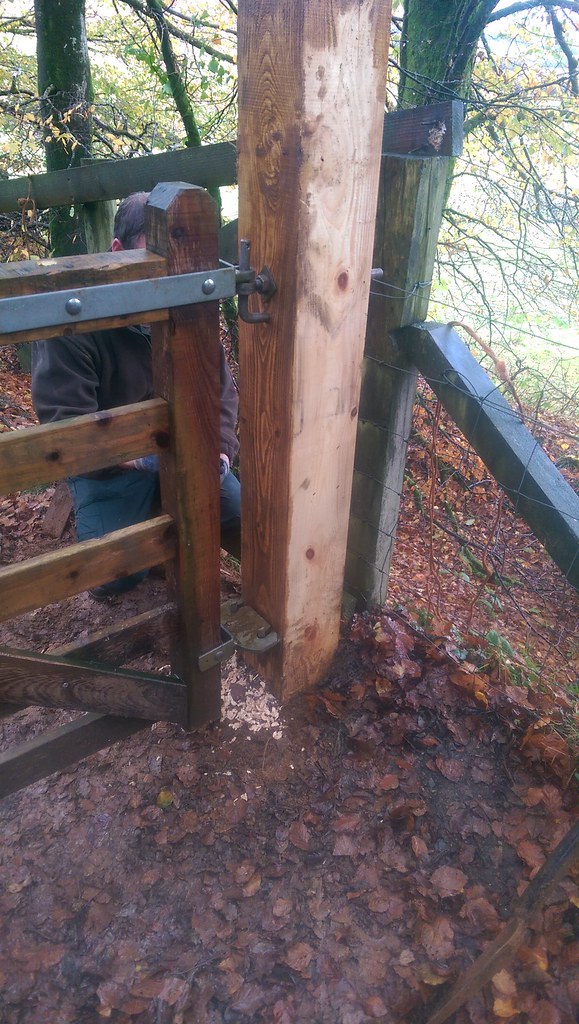 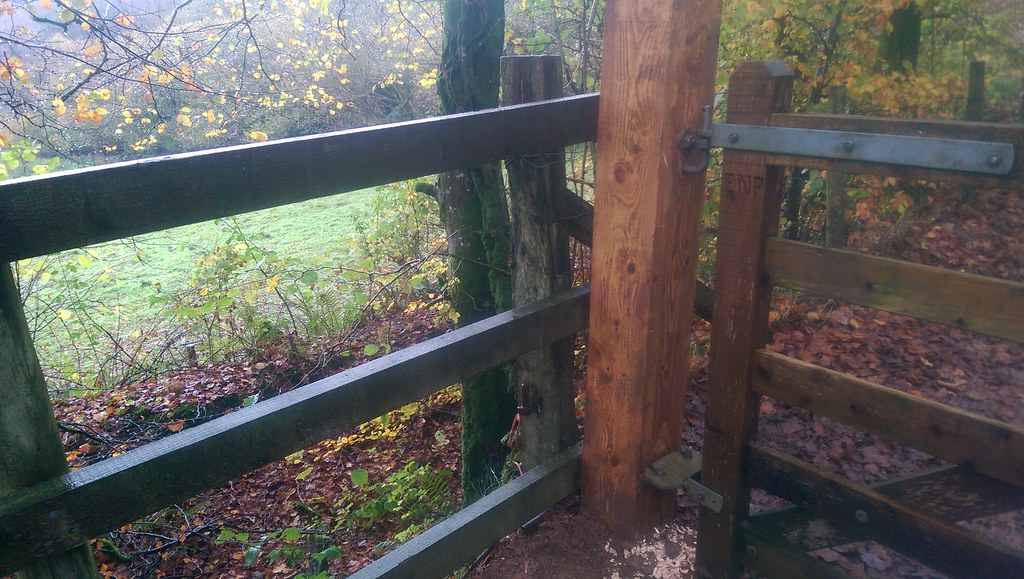 The next gate was a replacement as the bottom rails of the gate had rotted through, this gate also needed an auto-latch fitting. 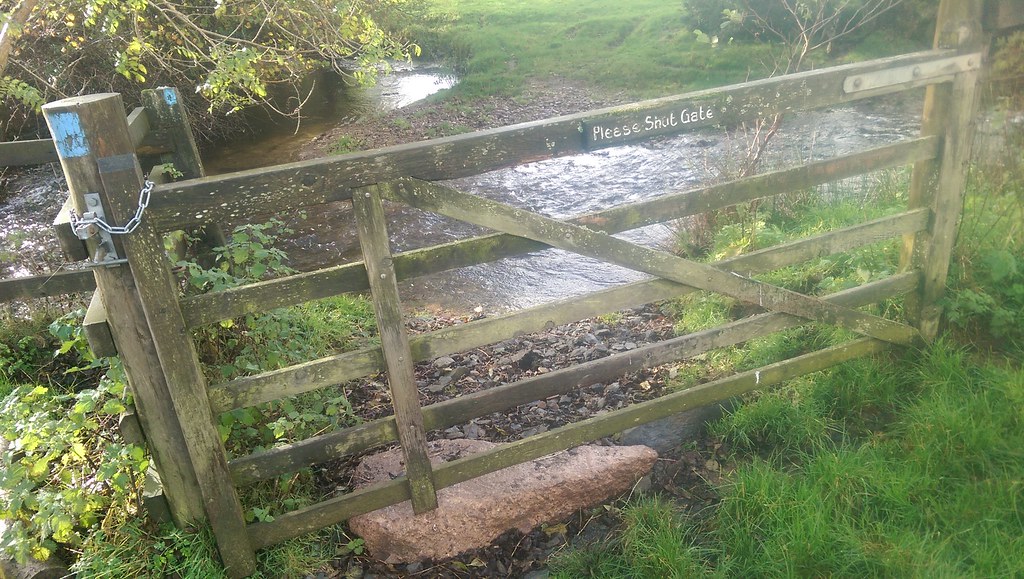 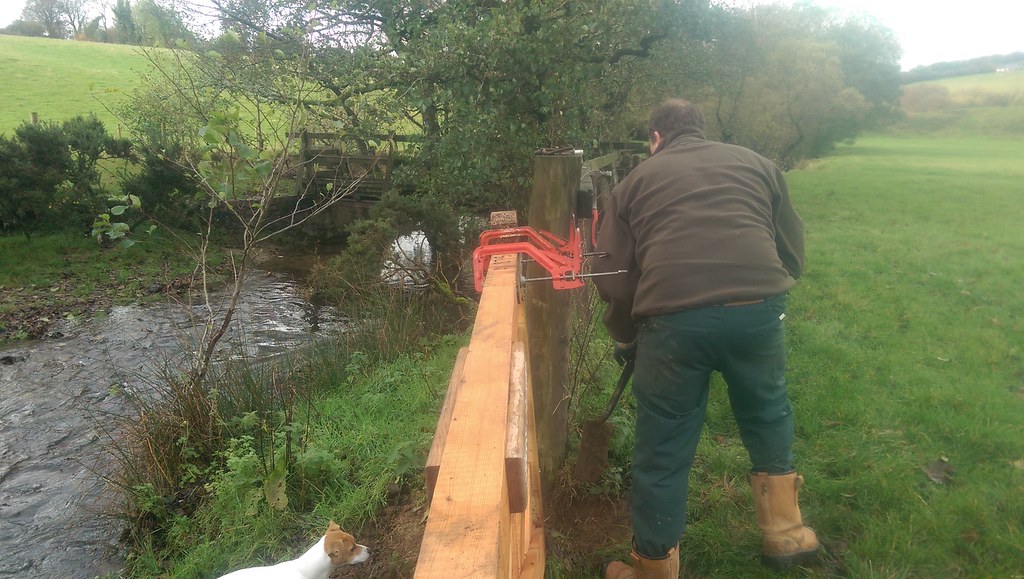 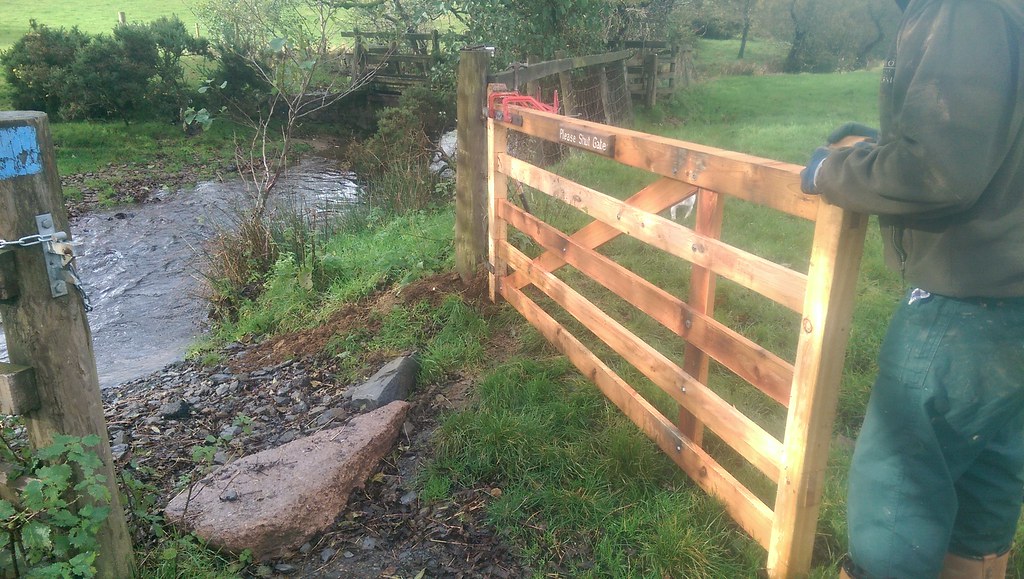 The holes are then drilled, half way through from each side to meet in the middle. This ensures that the bolts are lined up correctly and will easily fit through the holes. It is important to get the rounded ends of the bolts on the inside of the gate where people will be walking so clothing or animals (such as horses) are not snagged on the sharp ends of the bolts. 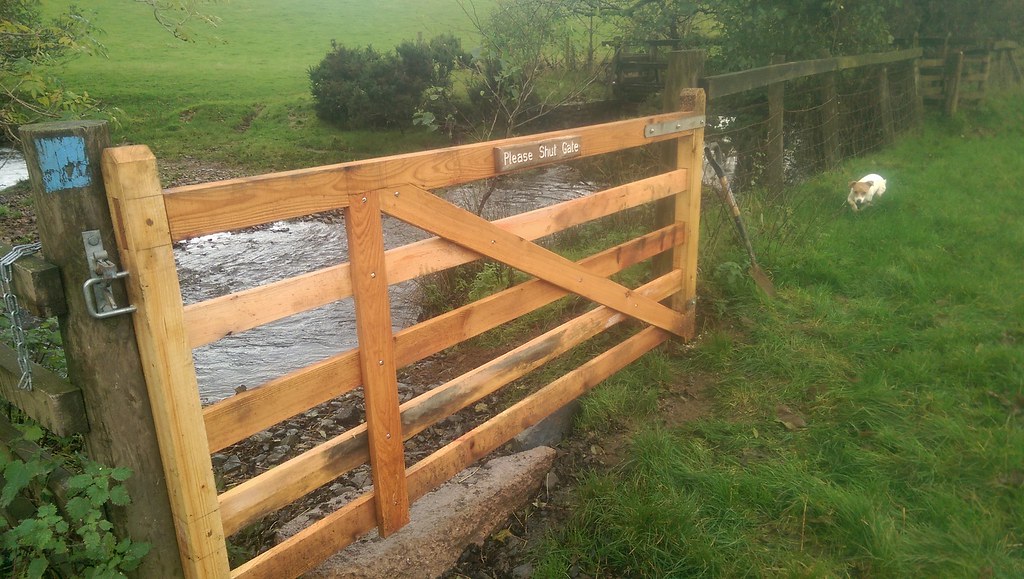 The next gate needed a spring and auto-latch fitting as it was a field used for holding sheep. It is important farmers have automatically closing gates on fields that hold livestock and have rights of way across them to prevent livestock escaping. 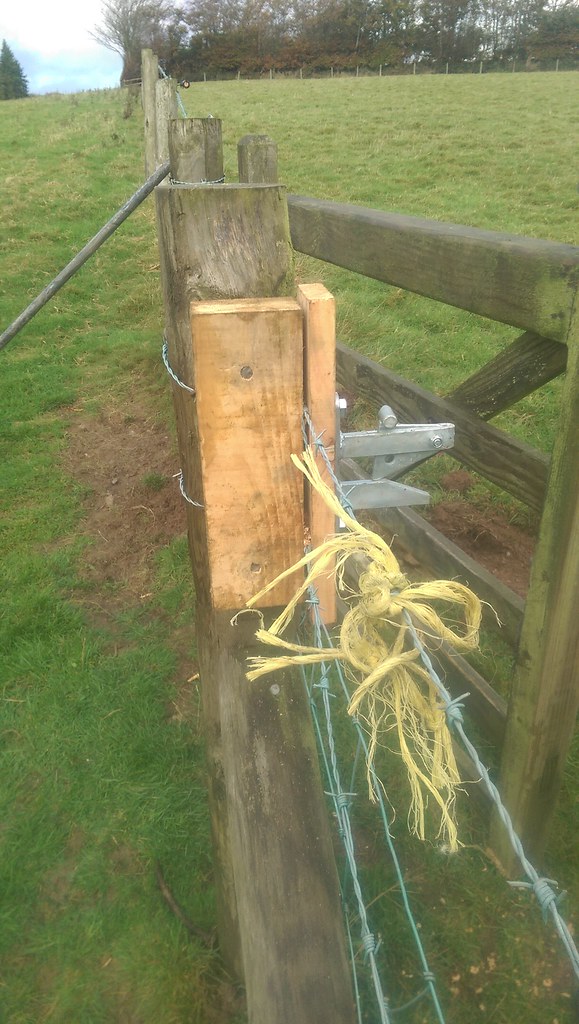 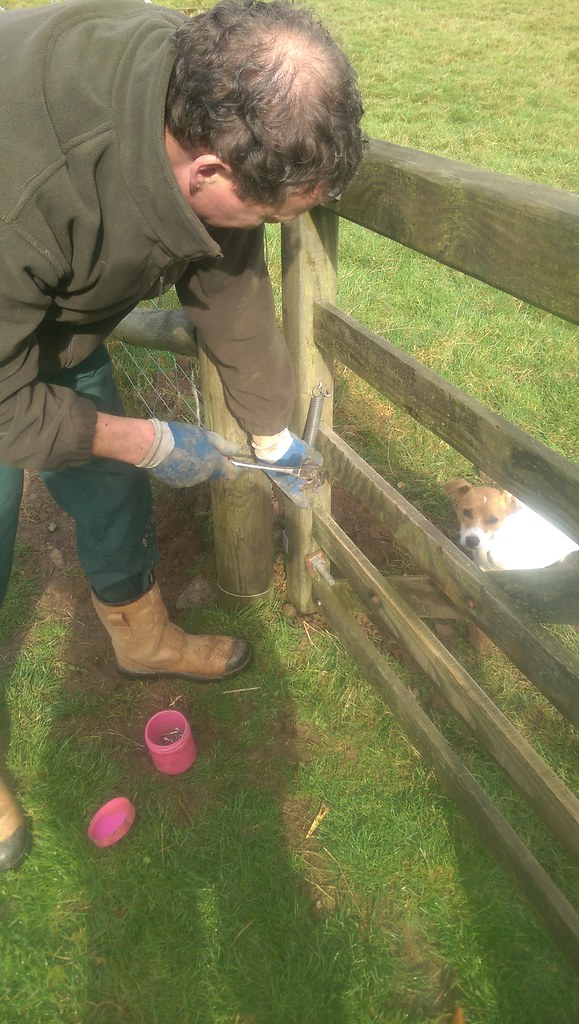 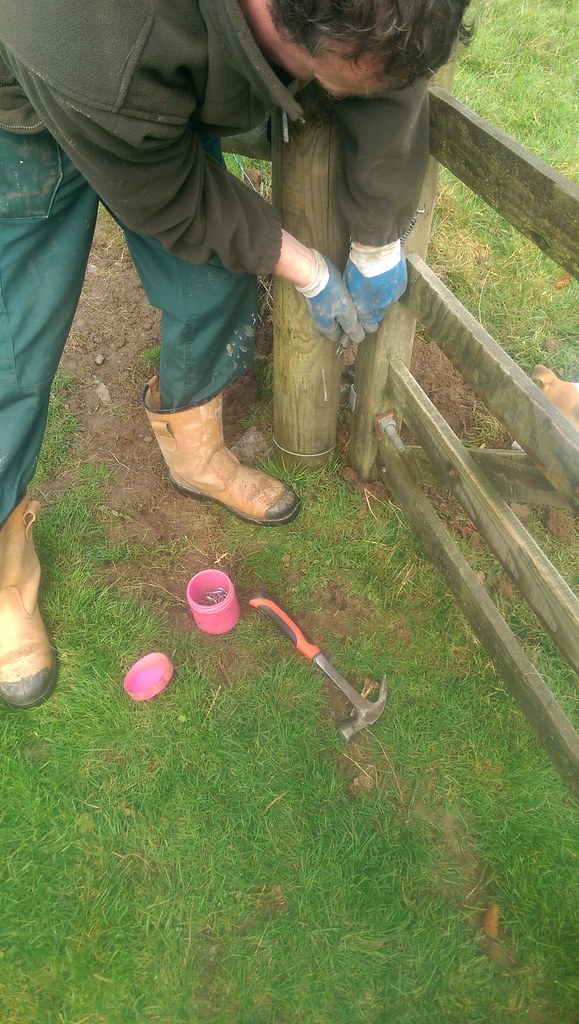 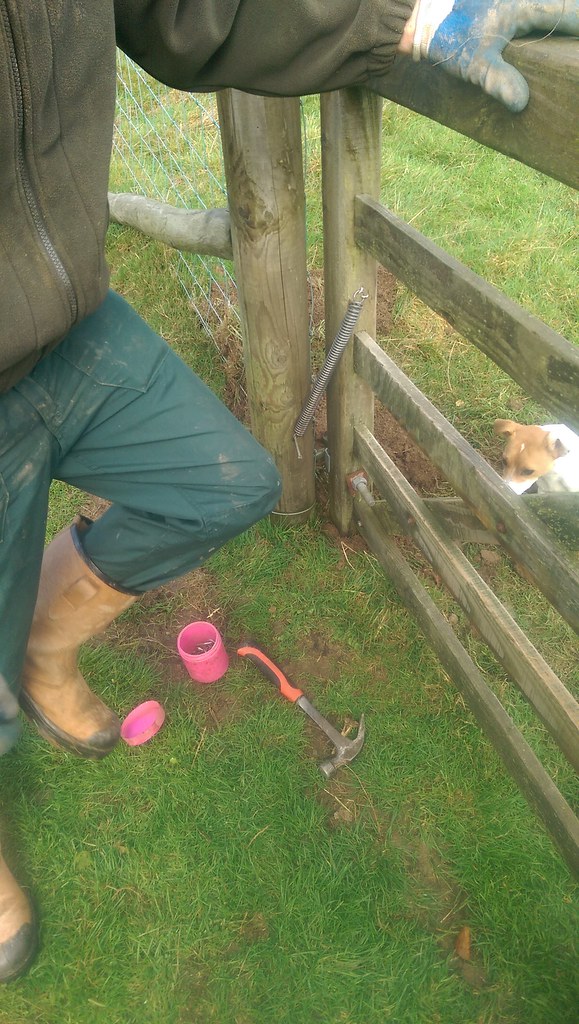 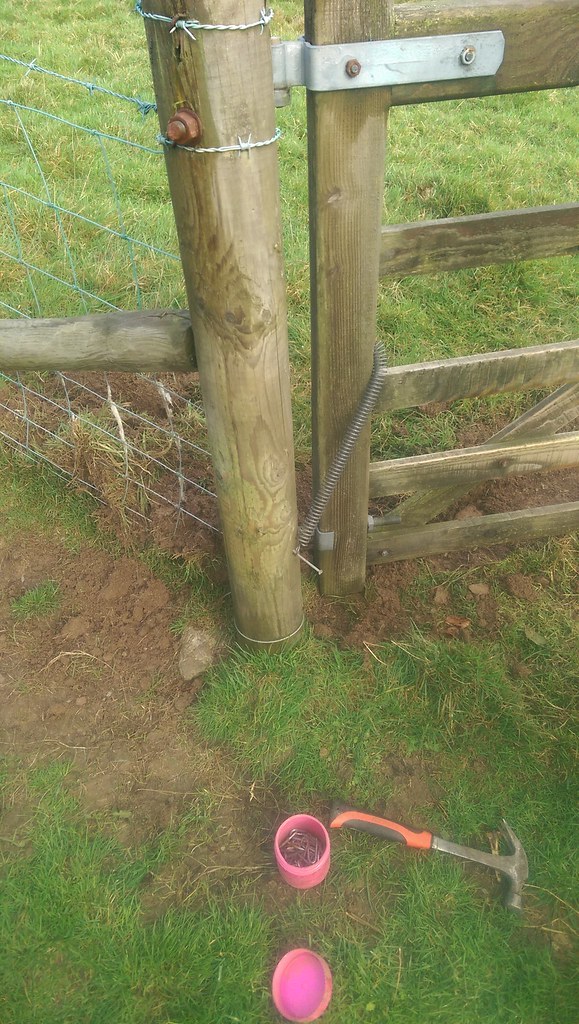 The last gate was a replacement pedestrian gate which also required an auto-latch and spring for stock control issues. 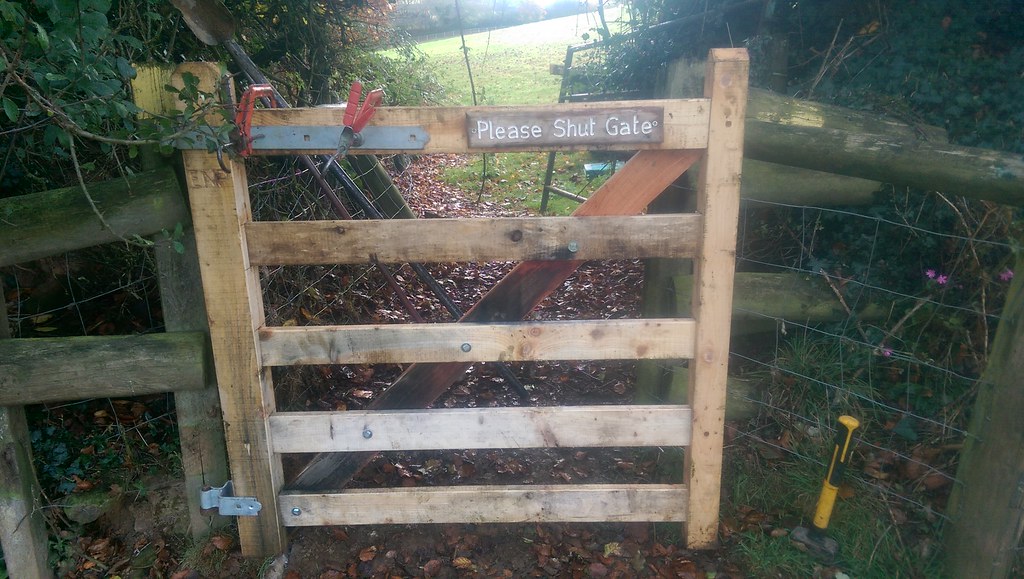 A mounting plate had to be constructed to take the auto-latch mechanism as there was no place for it to be mounted on the existing gate posts due to the narrow pathway. 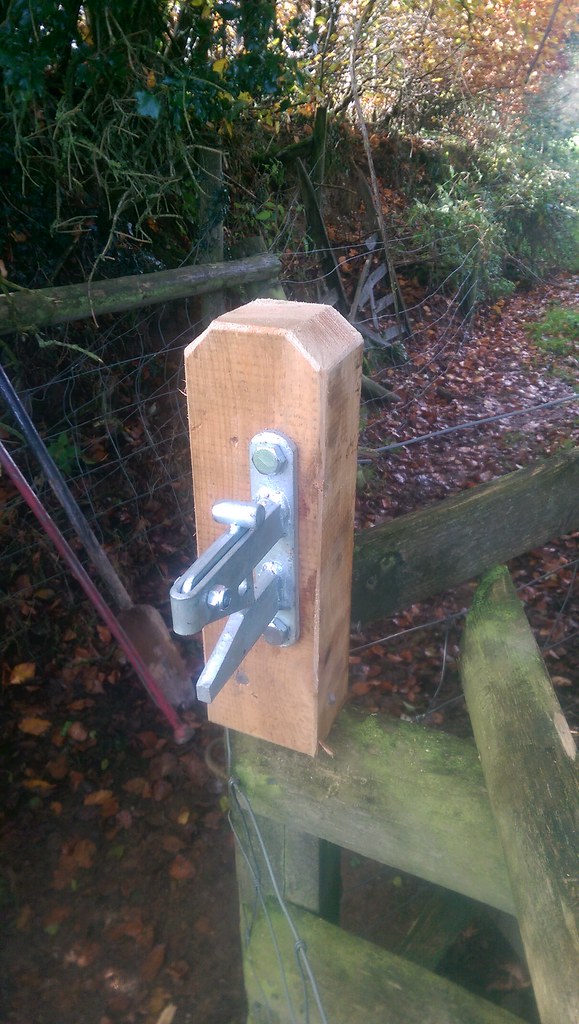 The C-hasp was mounted on the gate, again using the drill bit as a guide in the auto-latch before drilling the hole. 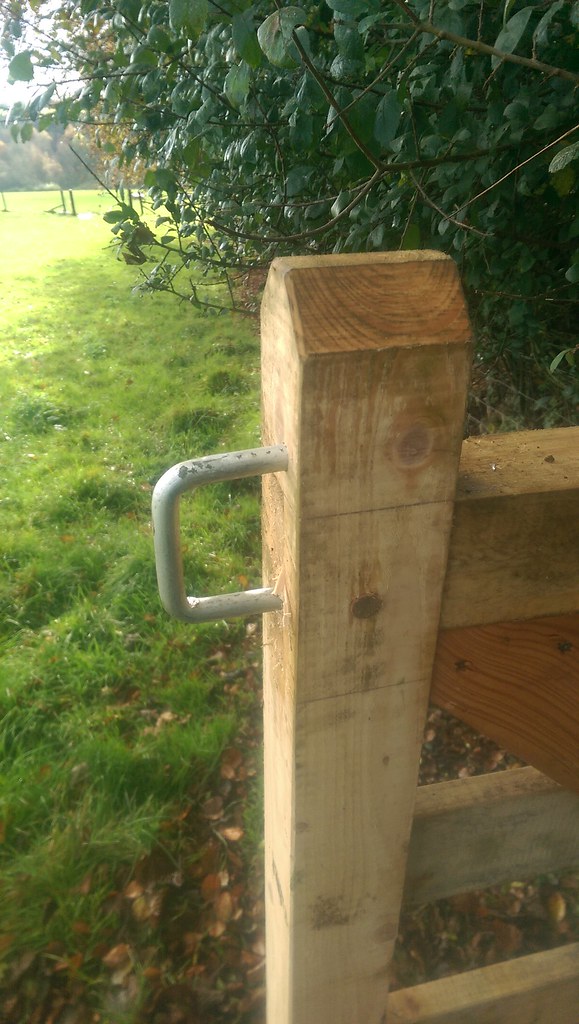 The spring was then mounted at the base of the gate using the same technique with the nail to test before using fence staples to secure the spring. 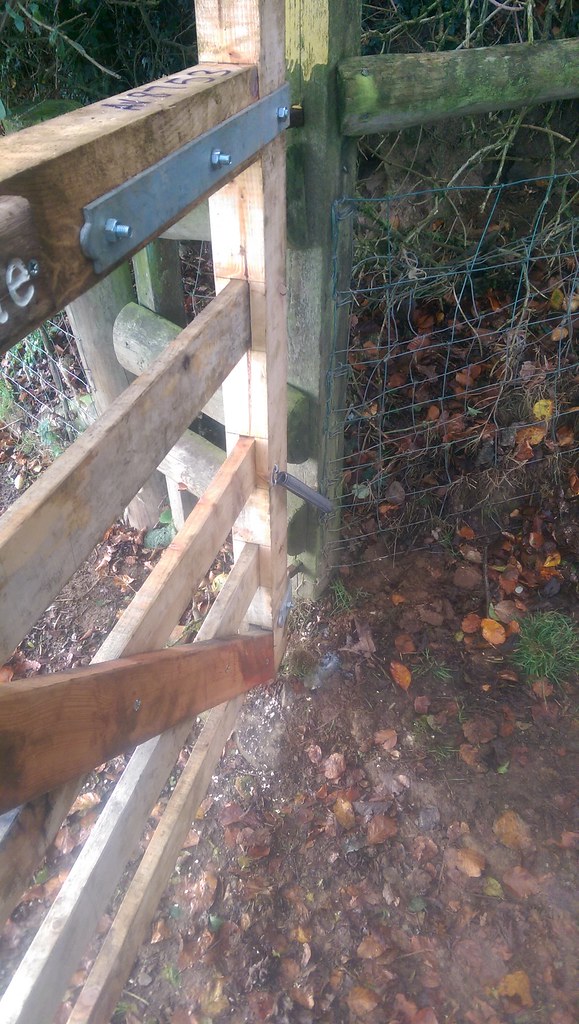 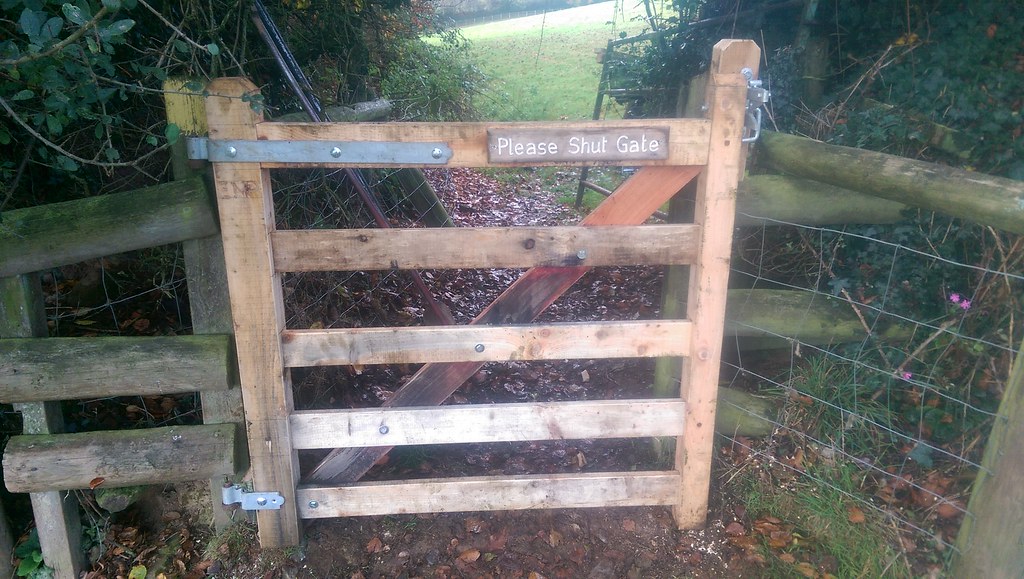 The last job of the day was to visit a board-walk leading to a bridge and remove the old chicken wire that had been used as a non-slip surface and replace it with welding mesh which is far harder wearing and provides a much steadier surface.

The old chicken wire was removed with a crow-bar and the new welding mesh put down with fence staples.