This week we were clearing a Willow (Salix) from a bridge on a footpath. This meant we needed to carry out maintenance on the chainsaws that would be used during the day. 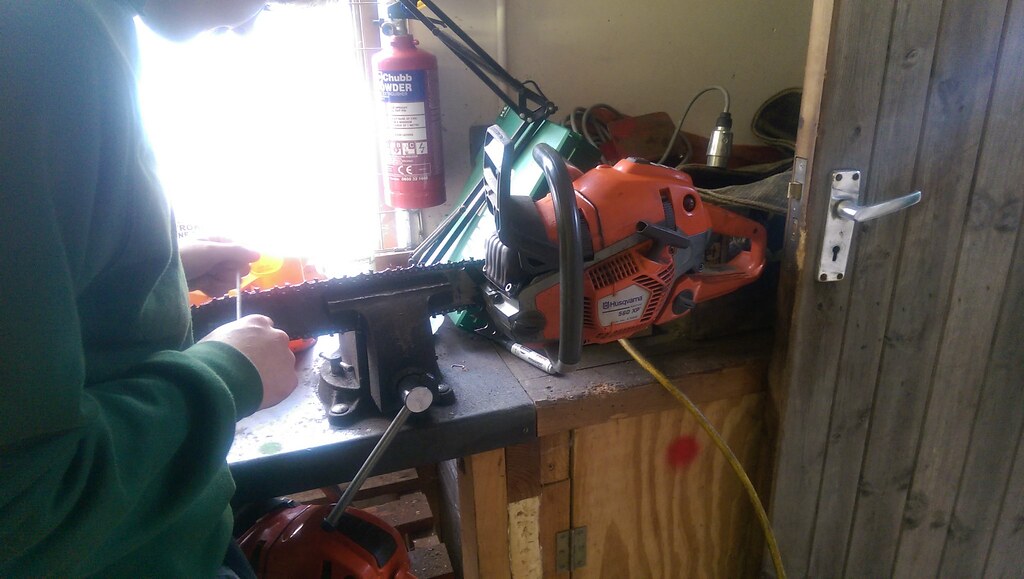 The other task that needs to be carried out is a quick clean of the chainsaw, this involves removing the covers and using an air line to blast out the debris from inside the covers and around the chain. This is carried out outside with safety goggles. 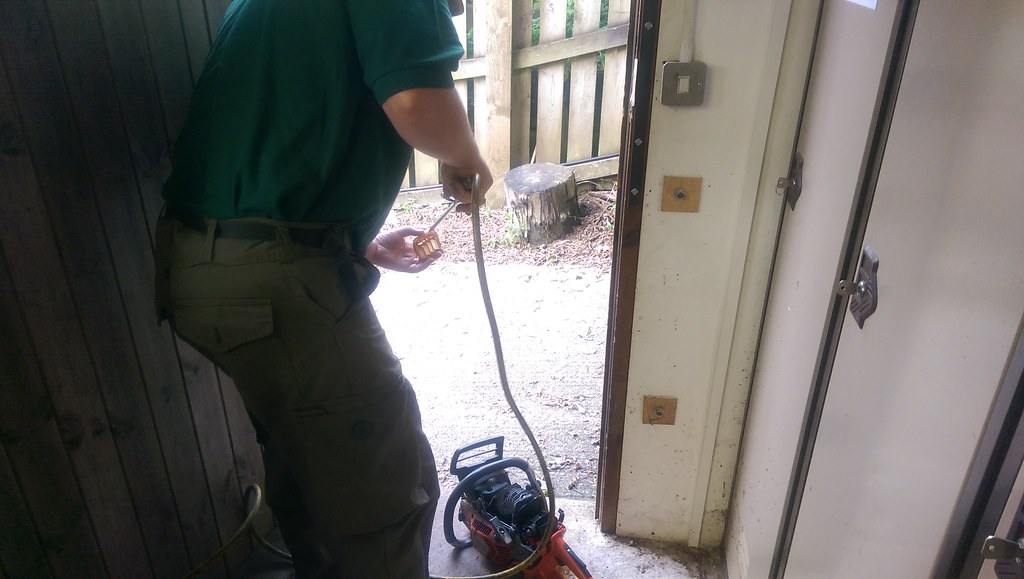 Once the chainsaws are ready, they are loaded into the Land Rover ready for the days work. We also took the digger to support limbs as they were cut.

We also made sure we had fuel and all the relevant safety equipment (trousers/leggings, gloves, helmets, ear defenders etc) 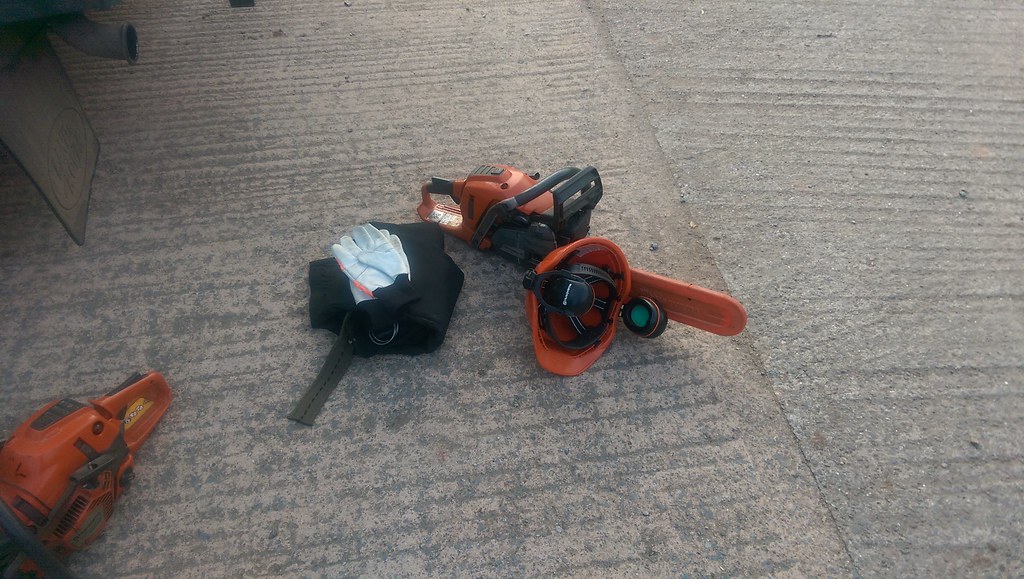 The bridge with Willow overhanging 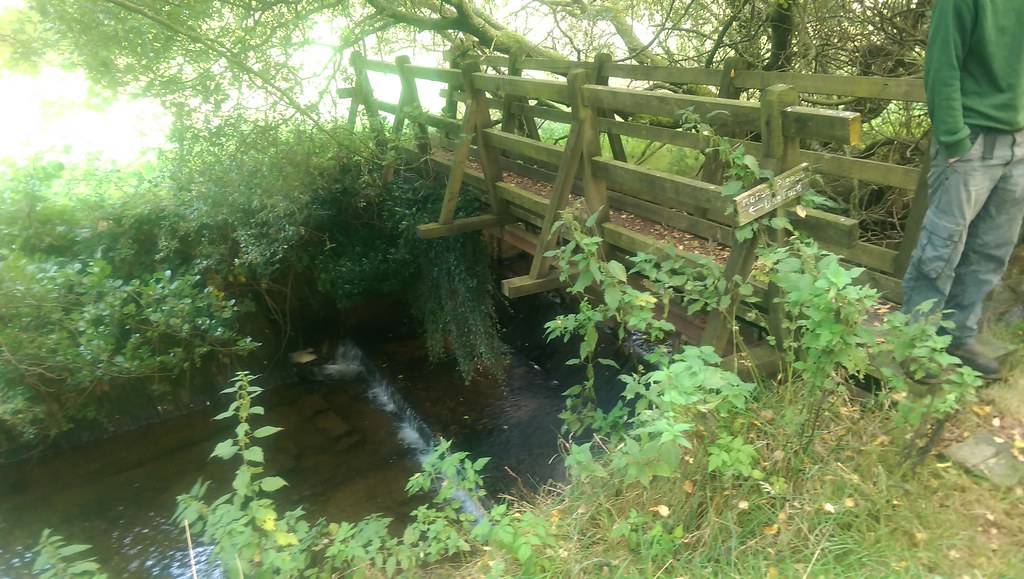 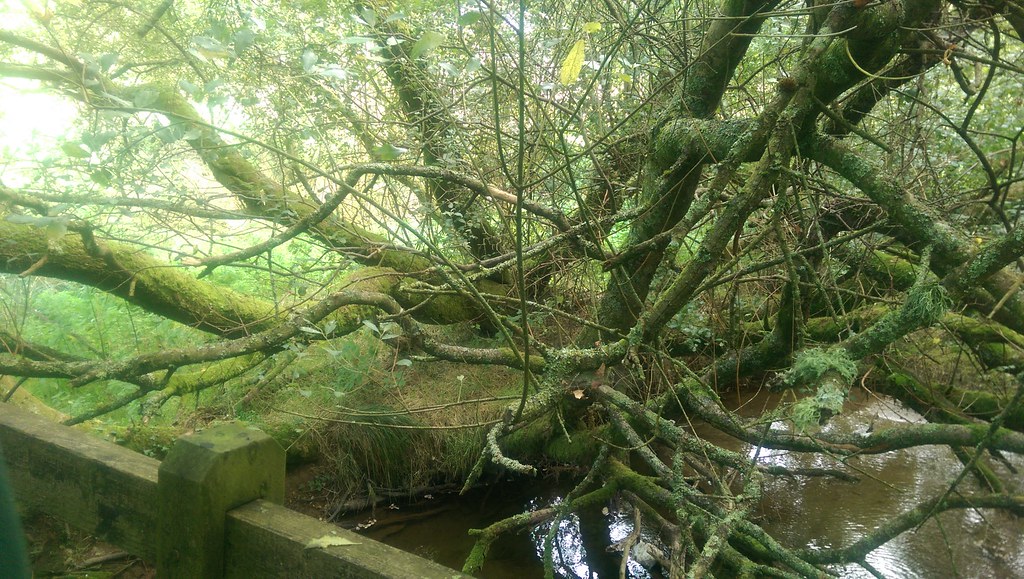 Some careful initial cuts were made to take out the lighter limbs first, this helps to reduce the weight of the boughs above and makes it easier to access the bigger limbs 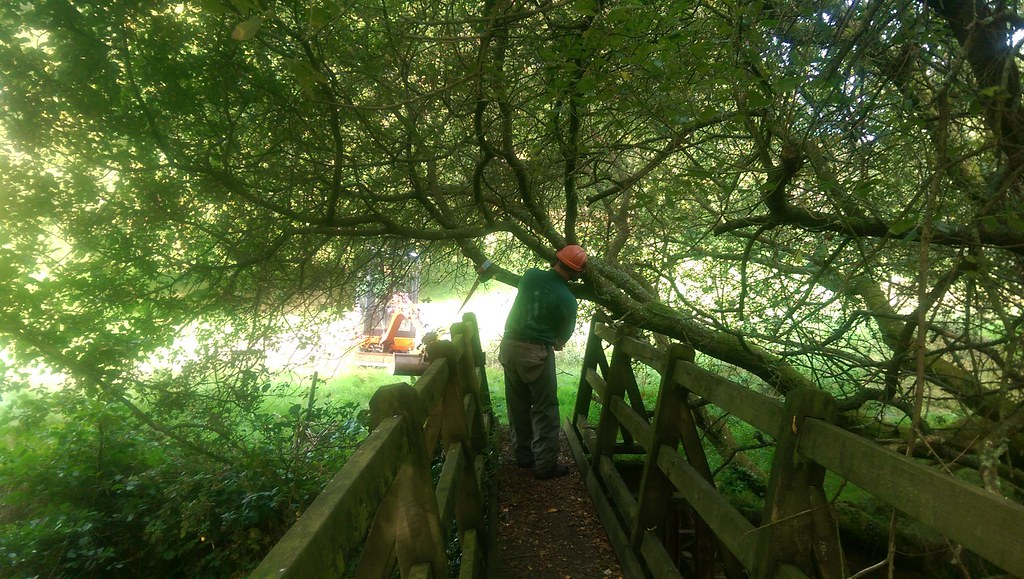 An adjustable strap is attached to each bough using a D-ring and the other end is attached to the digger, this allows the digger to support the weight of the bough as it is cut and then to drag it out safely to be piled up for disposal 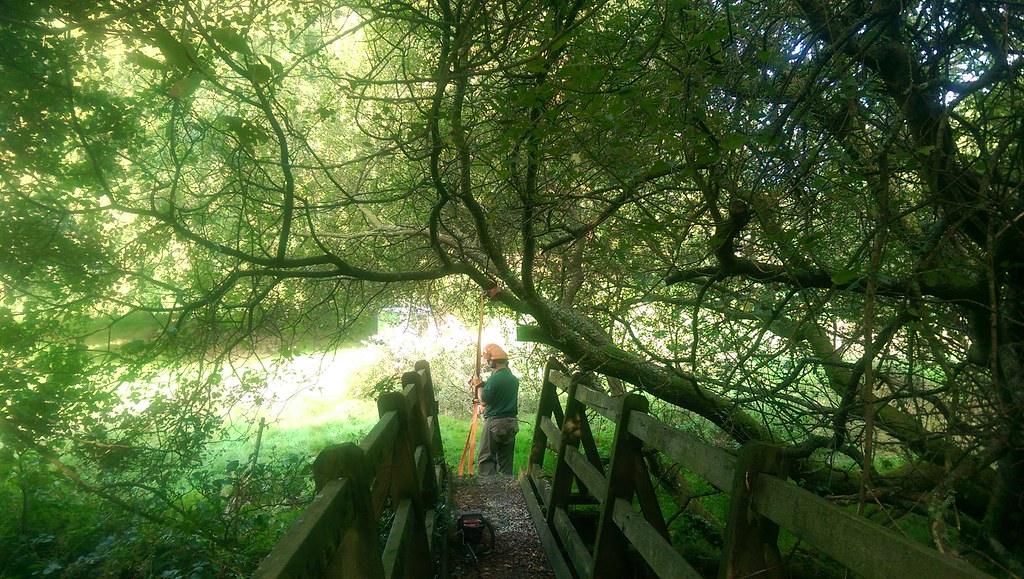 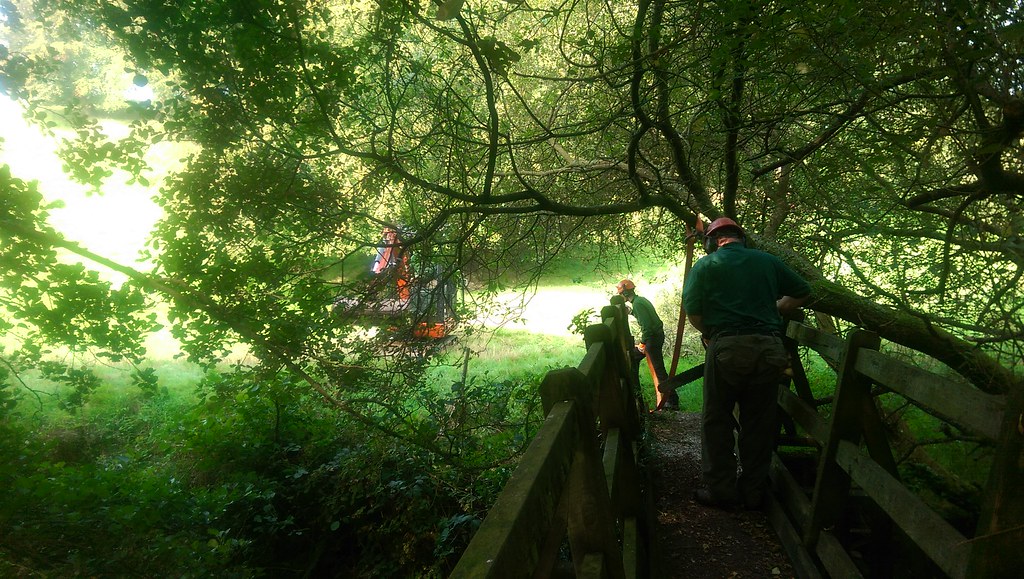 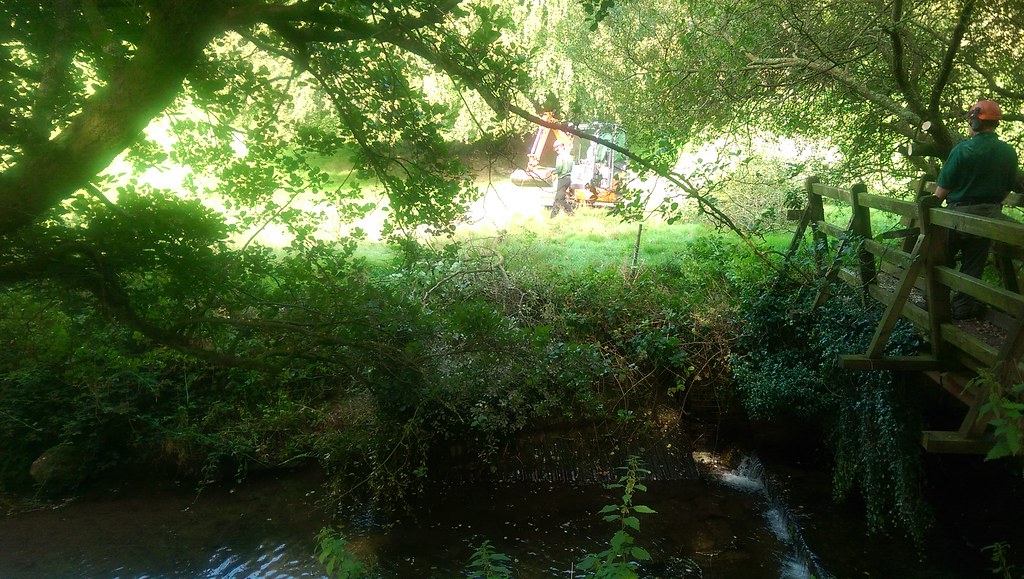 Each bough is carefully assessed to determine the likely direction of fall and then the strap is attached to counter this and support the bough correctly as it is cut. Very often a felling notch is cut in the bough to ensure it falls in the correct direction and also to prevent the chainsaw becoming stuck as the main cut is made 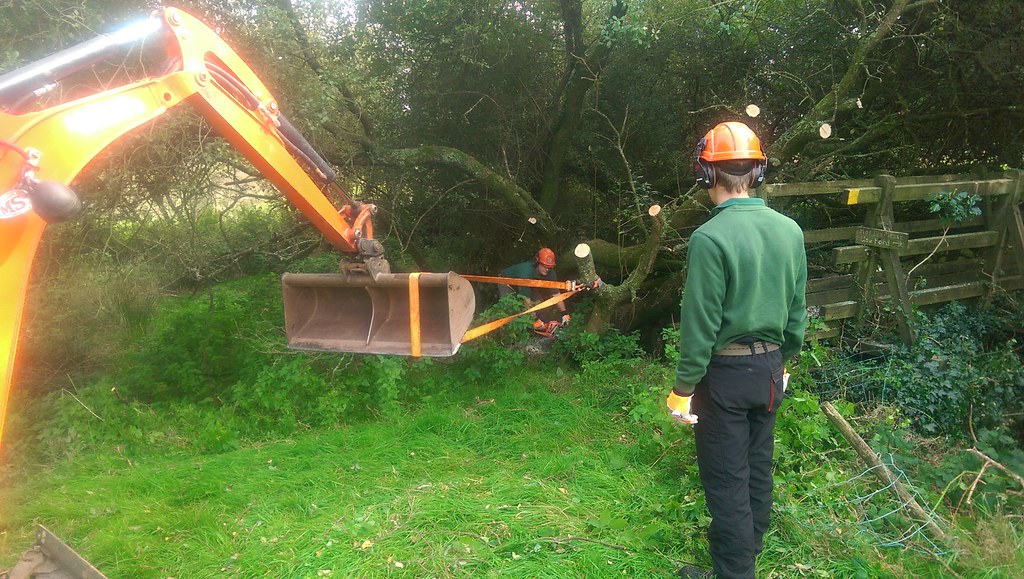 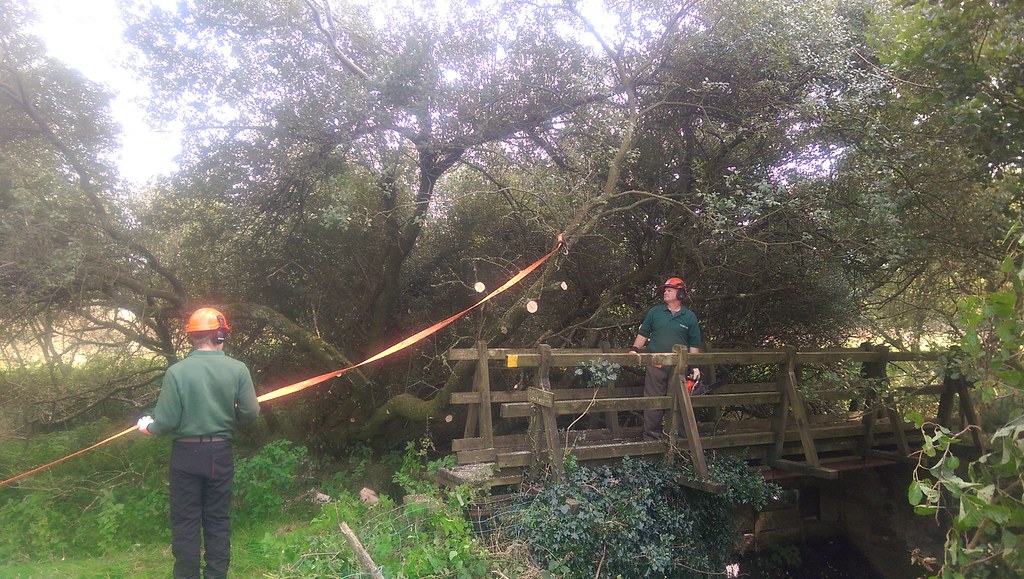 Once the main body of a limb is out of the way, the remaining stumps can be cut easily 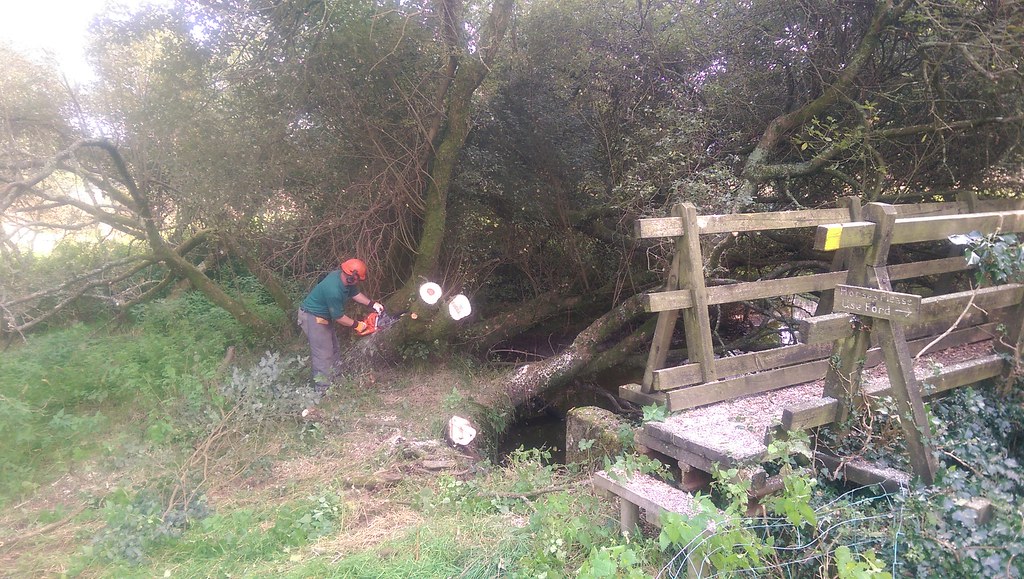 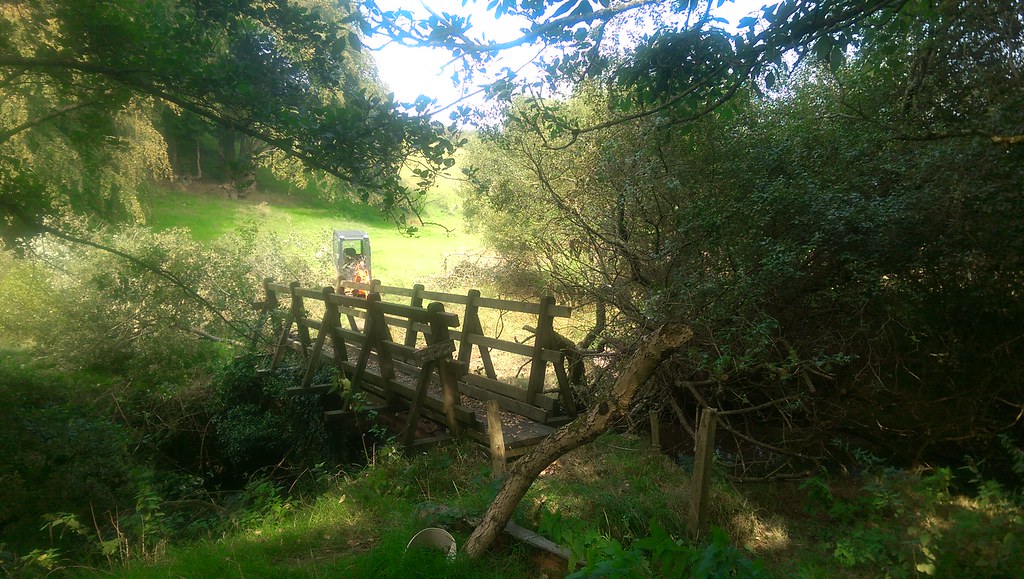 After most of the day, the Willow was cut right back away from the bridge and the pathway opened up 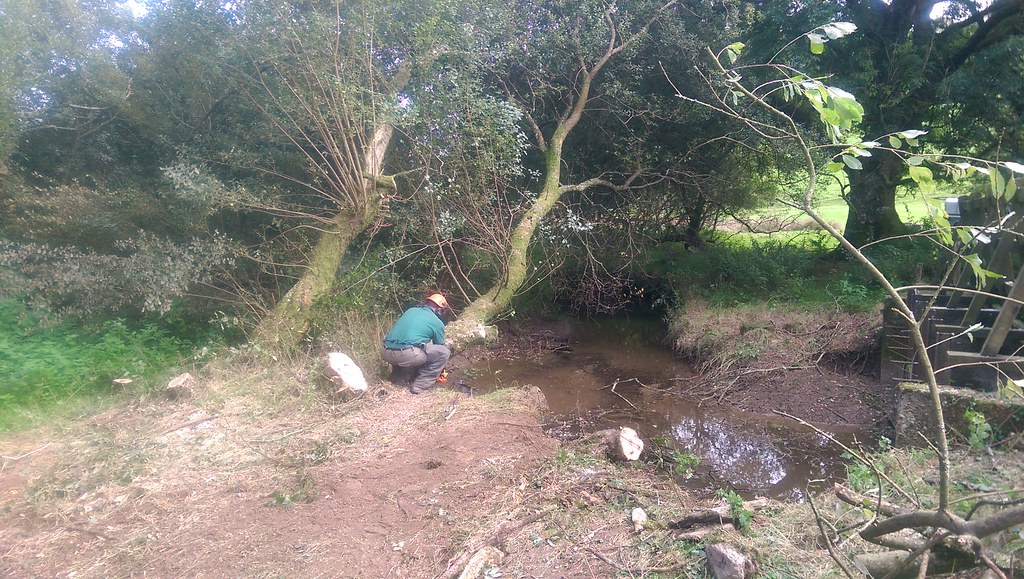 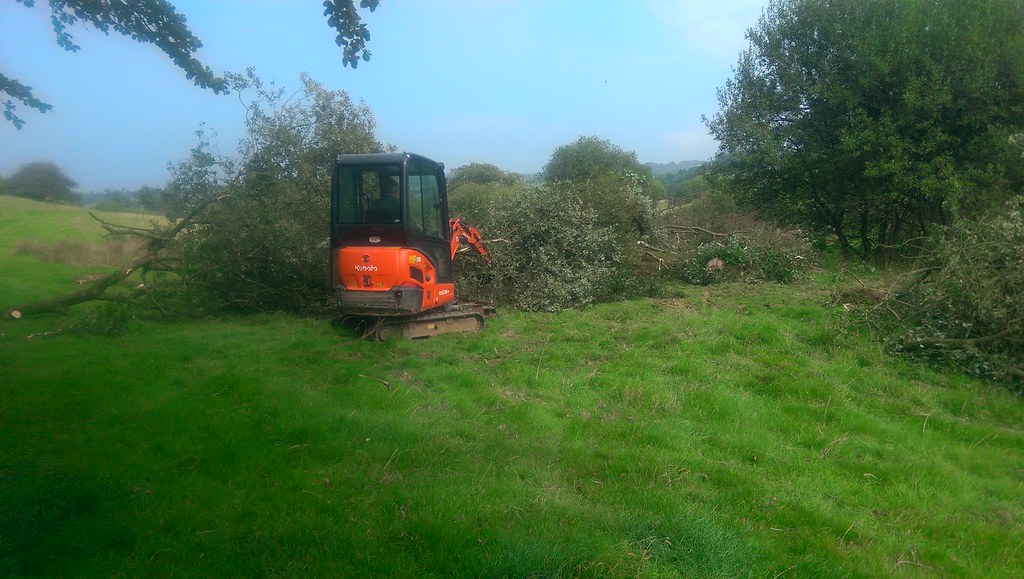 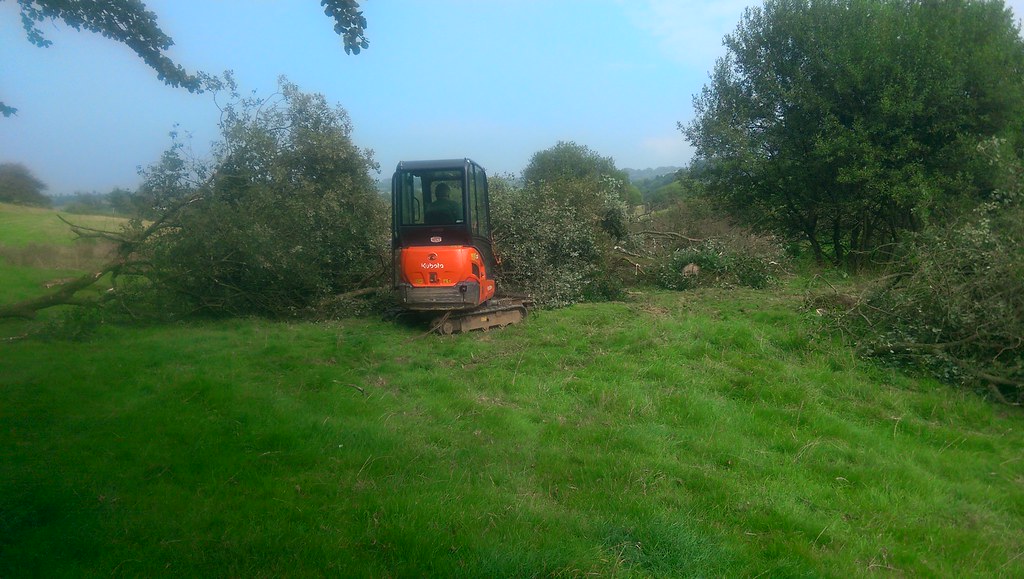 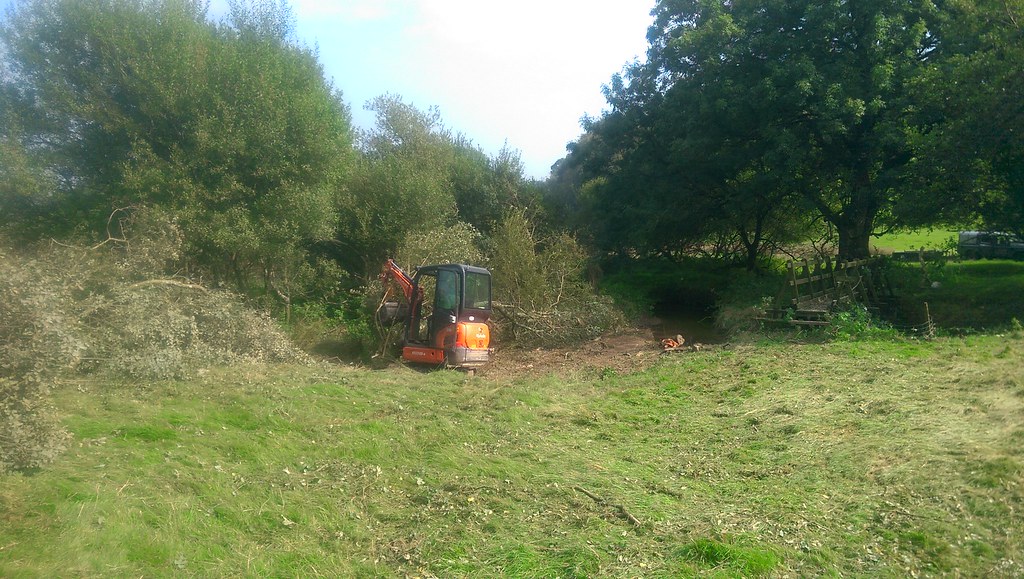 Once all the brash was cleared out of the way, the view of the bridge was quite different 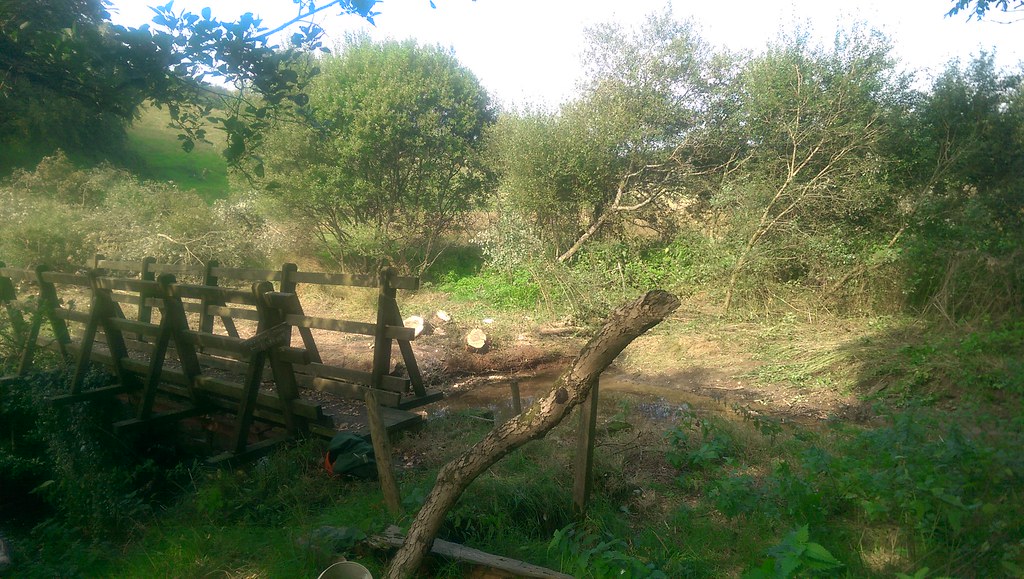 The willow will grow back over the next few years from the stumps, willow is particularly vigorous in its regrowth and this tree will need to be monitored over time to ensure it is kept in check and the bridge is not covered again.